Aprilia revealed their first variant of the SR150 scooter in Mumbai today. Called the Aprilia SR150 Race, the scooter is based firmly on the existent SR150, which as you know is the CNBC-TV18 OVERDRIVE Scooter of the Year. The Race adds a smashing sticker scheme and just a touch more pizzazz to the base SR150. The new price is ?70,288 ex-Mumbai, which is ?2,338 more than the base SR150 which comes in white and black colour schemes. 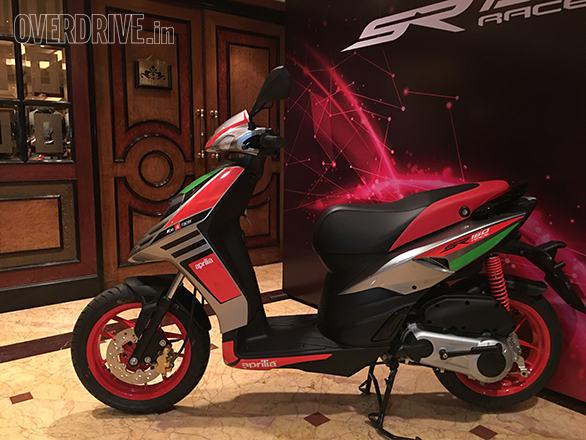 The Aprilia SR150 Race comes with a delicious new colour scheme inspired by the Aprilia MotoGP race bike. That means the bold 'Fluo Rosso' red and green stickers. To that end, the 14-inch wheels are now in that distinctive shade of red while the front caliper is now coloured gold. Vee continue to supply the sticky tyres. Aprilia says they are working with MRF and if the performance requirement is met then the SR150 could switch to MRF tyres in time. The scooter wears an extremely dignified metallic grey shade that forms the perfect backdrop to Aprilia's trademark bright sticker work. A tricolore strip under the twin headlamps and the stickering overall really look great. The red rear springs complete the look. The meters, unfortunately, are completely standard which is an odd miss, though. 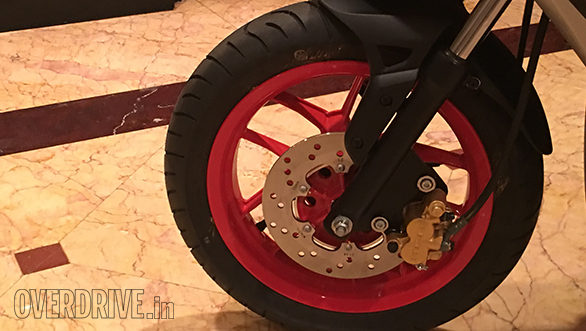 The Aprilia SR150 Race gets different gearing from the base model which gives it a slight edge in acceleration. A Piaggio official told us that the "difference was very obvious in the first 200m of acceleration." That means more grunt right off the bottom which is always good news for navigating traffic with. We had reported that the scooter might get more power but that has not happened. 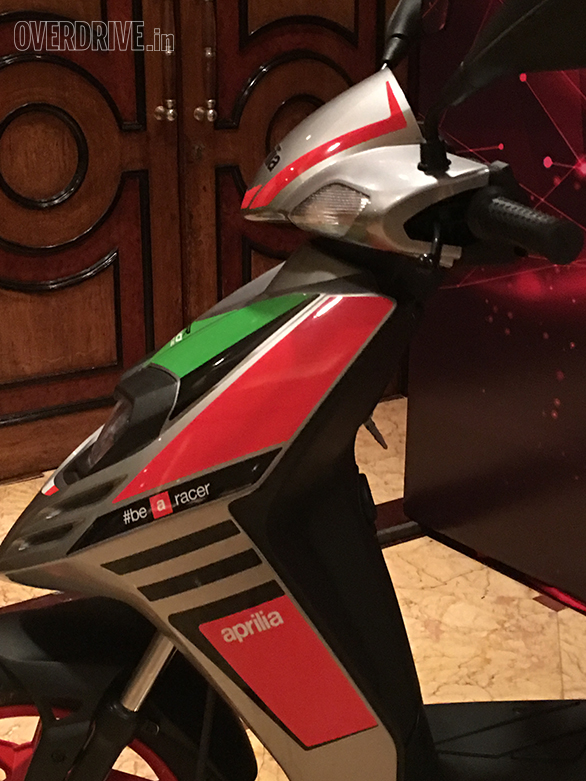 Aprilia is hinting that an accessory line is being readied for the SR150 and it includes jet kits for the carburetors and maybe even an exhaust to release more performance from the 11PS scooter. More details as they become available. Aprilia is also shortly going to introduce wearables and merchandise through its dealers as well as through Amazon. The company says the items are world-class but the design and prices are definitely targeted at India. 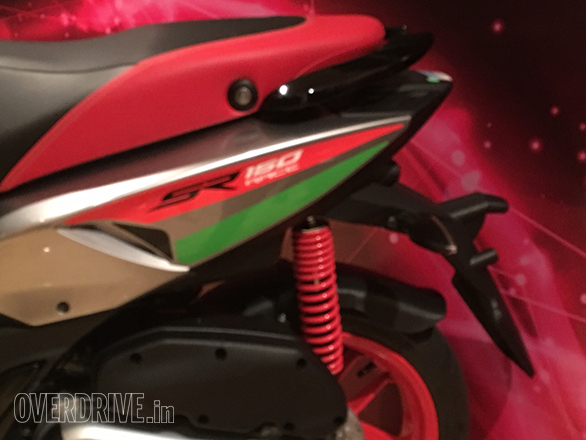 The Aprilia SR150 Race scooters are on their way to dealers now and should go on sale without delay at all Aprilia locations. We are expecting to ride the scooter on Monday next week - stay tuned to OVERDRIVE for the story.