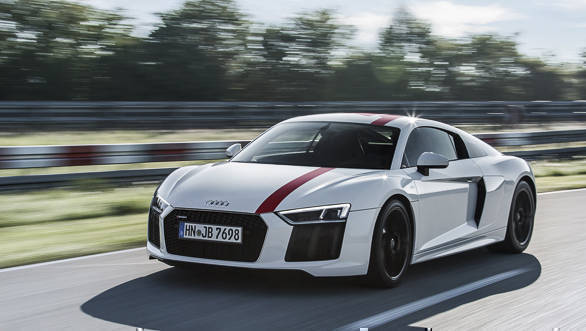 Aesthetically, the Audi R8 V10 RWS gets some matte-black elements including the grille, air intake, and 19-inch 5-spoke V design wheels to distinguish its exterior from other R8 V10 models, and also an off-centre red stripe which is similar to the one found on the Audi R8 LMS GT 4 Le Mans race car. The RWS also retains the Audi R8 V10's seven-speed dual-clutch transmission. It has a weight distribution of 40.6-59.4, and could be just the car that you would want if sliding the rear out every chance you get and pretending it was a mistake is your deal!