Honda has showcased its new Urban EV concept at the ongoing Frankfurt Auto Show. The Honda Urban EV concept is scheduled to go into production in early 2019 and is built on an all-new platform. 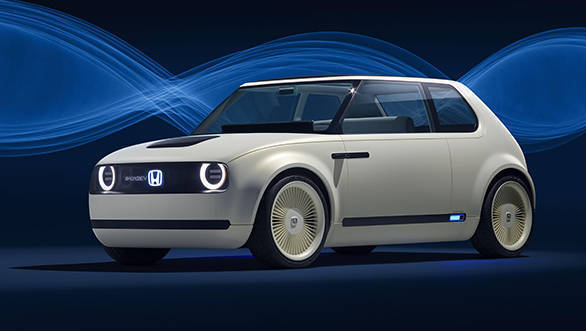 The Honda Urban EV concept is a sub-4m hatchback that also reminds one of the Japanese Kei cars. It is a two-door and the concept has LED rings as outline to the round headlights. The Honda logo is set up with a blue backlighting. Honda says that the space between the headlights can be used to display multilingual messages, advice other road users as well as display the battery level of the vehicle. Well, the Honda Urban EV concept will also have greetings for its owner as well as other road users. There is also a bit of the retro theme with those white walled tyres. 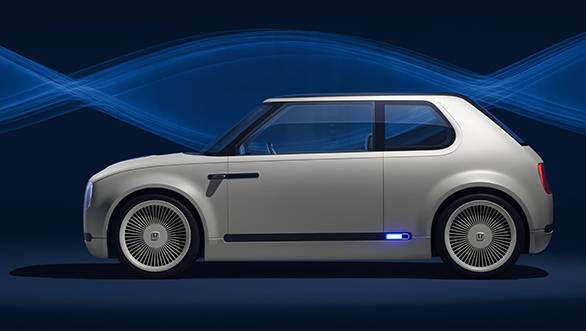 Honda says that the outward visibility of the Urban EV is excellent thanks to the slim A-pillars and huge window line. Special rear-hinged coach doors help with the ingress and egress. Honda has positioned the charging cable on top of the vehicle. The cabin too can seat four with those bench seats and rear seat belts that retract before the occupants leave the car. There is a floating dashboard that has one of the biggest touchscreen units that we've seen. This screen uses cameras positioned in place of the ORVMs to read out details of the car's surroundings. 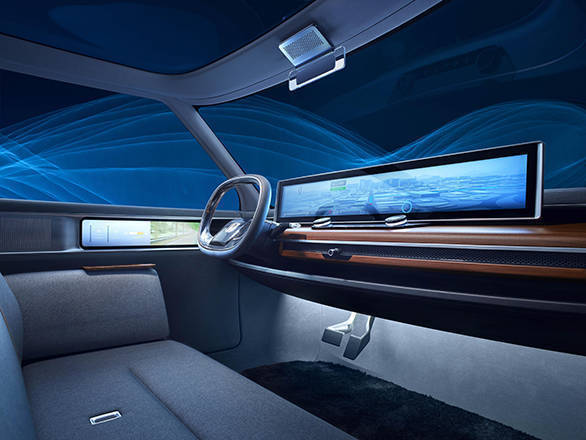 There is no information on the powertrain of the Honda Urban EV concept but expect it to use a lightweight battery pack. We expect the performance to be typical of a Japanese-powered petrol hatchback - entertaining!