You've already seen the Hyundai Kona SUV in images and read about it in depth before. But this is the Hyundai Kona's first ever public appearance at a motor show and a very important one at that - the Frankfurt Motor Show 2017. Hyundai Kona sits between the Creta and the Tucson SUVs. 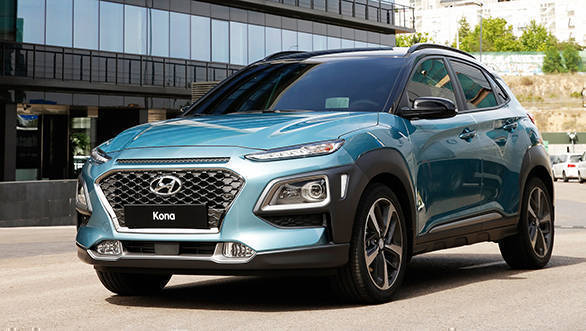 Distinct is the word that comes to mind when you look at the Hyundai Kona. The Hyundai Kona SUV doesn't subscribe to a butch design language but in fact uses a number of lights to make for an attractive face. The new cascading Hyundai grille is just the right proportion, and the designers have cleverly reversed the norm of placing the DRLs below the headlamp. What you get instead, in the Kona, is sleek LED DRLs with integrated turn indicators housed in a narrow slash, just below the bonnet. The LED headlamps are placed below the DRLs in a separate housing with plastic cladding all around. The fog lamps are placed below the grille, again in an unconventional position instead of the extreme ends of the bumper. Overall, the front end looks quite bold and distinctive. 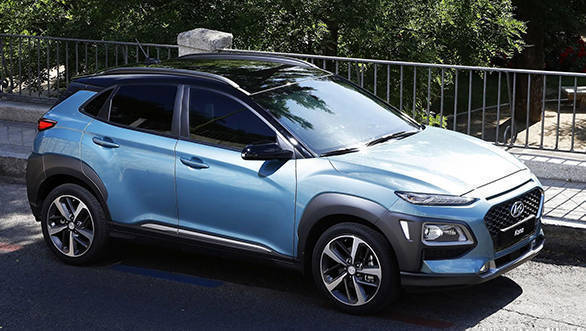 We believe this design could be the basis for the new I20. The Hyundai Kona looks more of a hatchback than SUV

The side profile also looks modern with big wheel arches and crease lines that run from the front fender to the rear tail lamp. The plastic cladding around the wheel arches is straight from the crossover design book and lends a rugged look to the Kona. The diamond-cut alloy wheels look quite stunning while the blacked-out roof and mirrors also look quite tasteful. The rear end too looks different than the other Hyundais and gets a pinched tail gate. 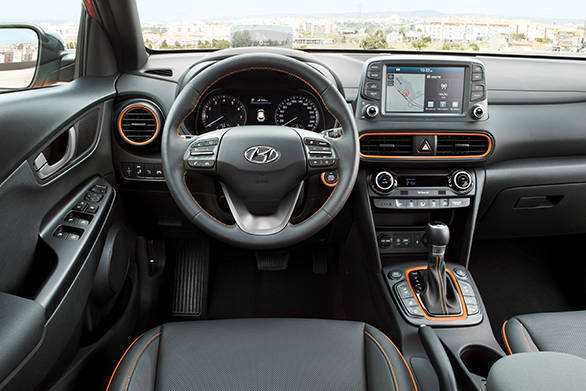 The Hyundai Kona has a bigger and much crisper infotainment system than what we have been using so far in Hyundai cars. The air vents as well as switches look familiar

Like every Hyundai, the Kona is also packed to the gill with features. Some of the notable bits include a console-based phone charger that also has a reminder in case you forget your phone in the car after parking. The Hyundai Kona also gets a neat head-up display, a feature usually seen in much expensive cars and more. 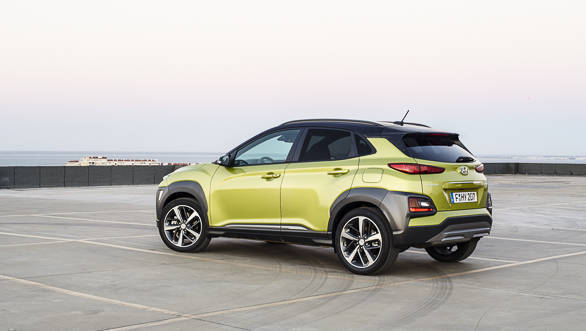 There are a host of petrol as well as diesel engines on offer. Familiar to India is the 1.6-litre D engine from the Hyundai Verna. If and when it comes here, expect the Hyundai Kona to be priced very competitively.