The Mercedes-AMG Project One Teasers have been coming thick and fast for past few days in the lead up to the biggest car show of the year, the IAA at Frankfurt. OVERDRIVE is live form the show on Twitter, follow @odmag and watch the #ODatIAA hashtag to stay abreast of the news. The global recession seems to have given way to a new era where supercars are resurgent, not least the likes of the new McLarens, the hyper Ferraris and now this, the Mercedes-AMG Project One, a Formula One-based, over 1,000PS, 350kmph car that will hit 200kmph in 6 seconds from a standing start. Of course the other trend from the International Motor Show in Germany is electromobility. Six extremely interesting seconds, yes? Let's look closer. 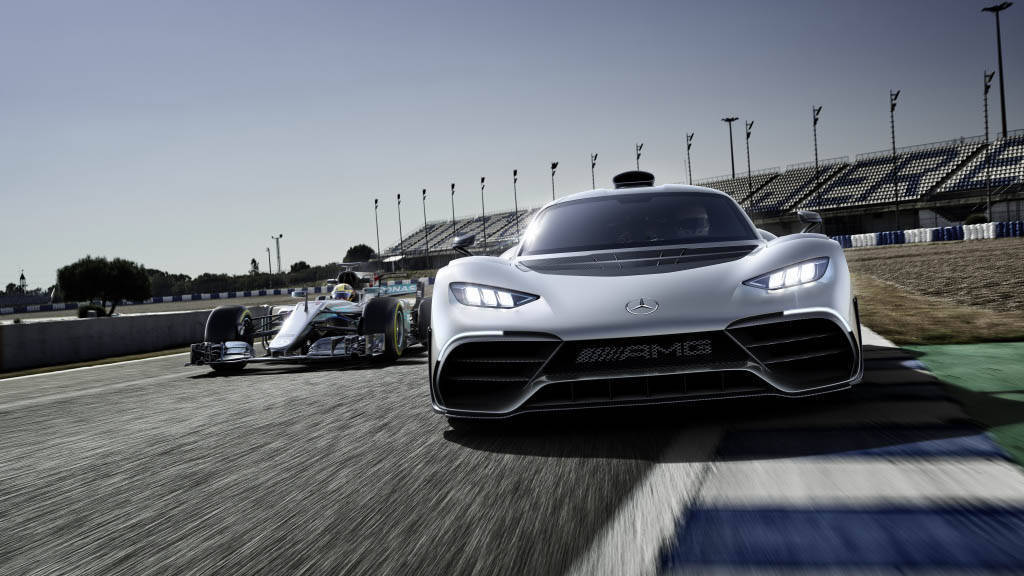 The Mercedes-AMG Project One is actually claimed to be quicker to 200kmph than the, wait for it, Bugatti Chiron and you won't believe how Mercedes-AMG did it. Because the engine... We'll come back to it. So there is greater than 1,000PS, four tyres, eight-speeds in the gearbox. And a 1.6-litre turbo - just the one turbo - V6 that revs to 11,000rpm. Shocked? The car will also manage 25km in all-electric mode. Now you can be shocked. 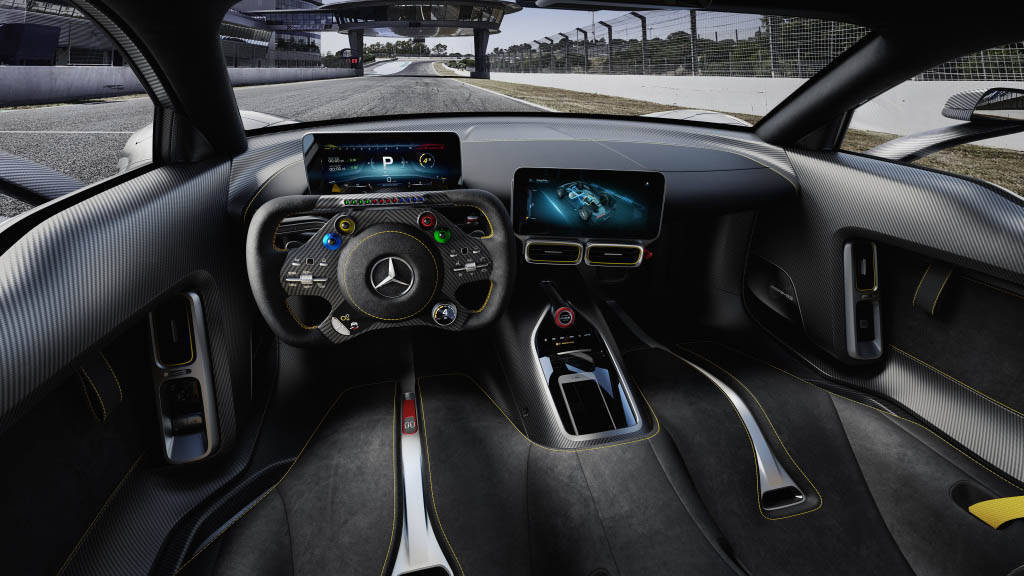 The Mercedes-AMG Project ONE cabin is set forward and you barely see any car in front. The long tail is essential to its aerodynamics

The engine gets a split turbocharger just like the Mercedes Formula One engine does and a 120kW motor on the turbo as well as a second motor that sits on the crankshaft. And another two that are driving the front wheels. That is a total of four electric motors, one turbo, one busy little V6 which is mid-mounted, has pneumatic valves and phew. Oh and the electric motors, while most spin to 20,000rpm, these babies will hit 50,000rpm. There is, of course, an MGU-H which cuts out turbo lag and it also recovers 80 per cent - according to Mercedes-Benz - of the energy when you take your foot off the throttle pedal.

Mercedes-AMG says the price is $2.54 million and you will have to get to AMG every 50,000km. Because they will have to take this car and take it apart for a full overhaul. The engine and gearbox are stressed elements of the frame - well understood in motorcycles, hardly ever done in a car - and that's how the Project One rolls. 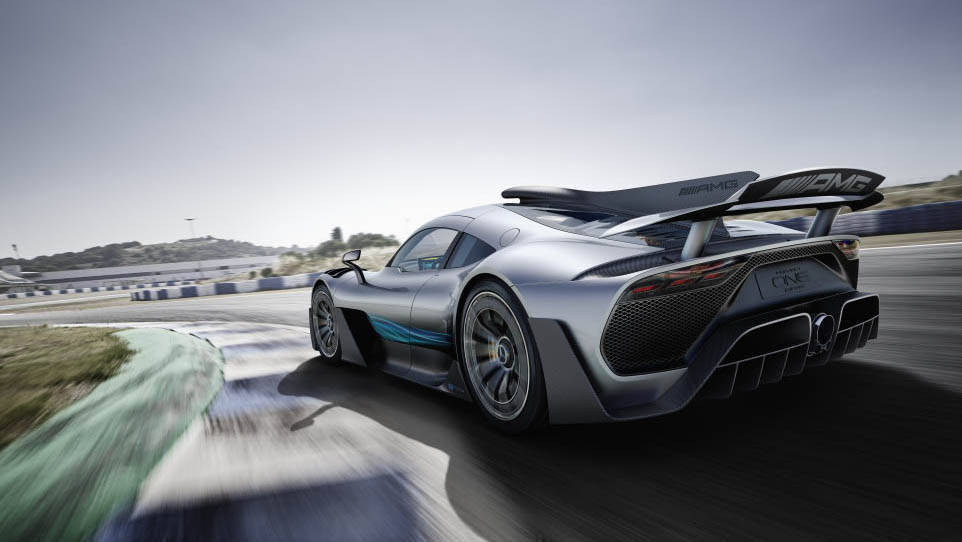 The Mercedes-AMG Project ONE's giant vertical stabiliser is a bit of a sight, no?

Electronics? There are many driving modes including the High Dynamic which is where the fastest times come.

The mechanical bits? You have pushrod, multi-link suspension bolted directly to the carbon fibre tub that holds the Project One together. But there also also two shock absorbers horizontally placed at either end while the system's configuration removes the need for a stabiliser rod. It has ABS, three-stage ESP, 285/35ZR19 and 335/30ZR20 tyres - Michelin Pilot Sport Cup 2s.

That's it. We're out of words. Go ogle this amazing supercar in our Mercedes-Benz Project One gallery and ask yourself who will ever drive this in the all-electric mode. Or why the car doesn't have a headphone jack on the engine so you can just wire yourself to it.