At the 2017 Frankfurt Motor Show, Mini showcased their Electric concept that  is set to be the second Mini to be electrified after the Countryman hybrid broke cover 10 years ago. The production version will be on roads in 2019, Mini announced at the International Motor Show in Germany. Mini promises that the 'The drivetrain and performance characteristics offer an enthralling drive on both city streets and country roads that is typical of the Mini product range.' 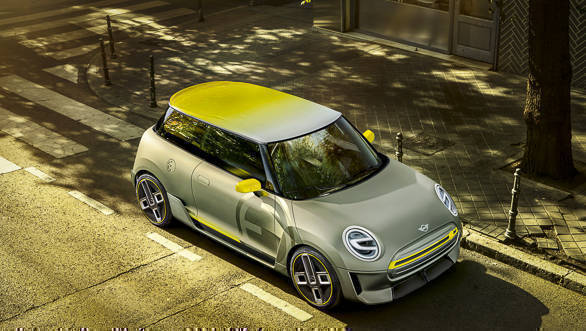 The design of the Mini Electric concept is very much similar to the other cars that the manufacturer offers. Those circular headlamps (e-shaped for the electric) as well as the hexagonal grille have been shared across other Mini cars. For better dynamics, the radiator grille is closed and the air intakes lower down too have been shut. Done in a 'reflection silver' colour, the new Mini Electric concept looks quite smashing with its contrasting yellow paint scheme. 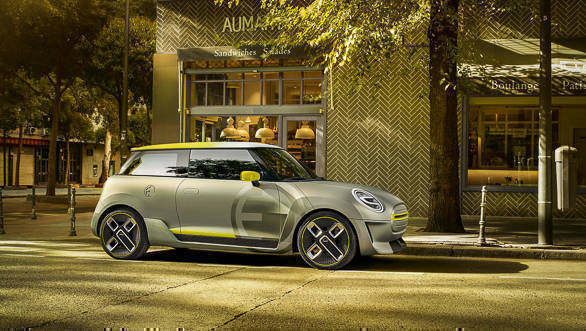 Those crucifix alloys on the Mini Electric look really cool

The company hasn't revealed details on the interior or what has changed or other powertrain related information. Images show that the cabin too looks derived from the regular car. We expect the Mini Electric to borrow the electric motors from the 'i' range of BMW cars.