The Mini John Cooper Works GP Concept is the hottest car we've seen from the manufacturer yet. We've been fond of Mini's JCW hatches for long, but this one's taking it a bit too far. Showcased purely as a concept car at the 2017 Frankfurt Motor Show, the GP Concept is inspired from Mini's wins in the Monte Carlo Rally 50 years ago. It comes with aggressive bodywork including a wide bodykit and a massive roof mounted spoiler. The face is a little too outlandish, particularly with the additional bodywork under the bumpers, though the red accents do their bit in screaming sportiness. In fact, the bodywork is a little over the top all round but we're not complaining, and we also like the tail lights that give a little hint of the Union Jack. 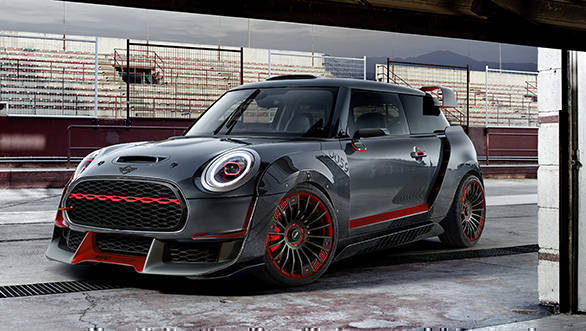 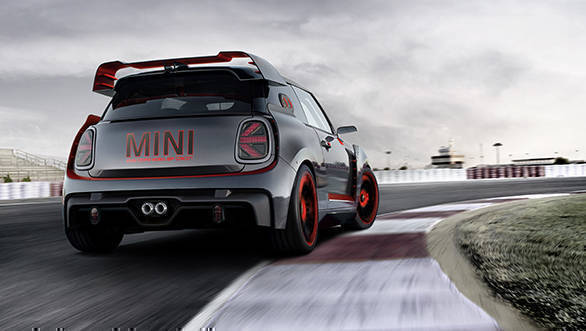 Interiors as you would expect of a race car are stripped bare. There's a full rollcage and low-set bucket seats to add to the race car credentials along with a fire extinguisher. Mini hasn't revealed any numbers at all, neither about the powertrain nor the car's weight, but we expect it to boast a crazy power to weight ratio considering the extensive use of lightweight materials including carbon fibre. Mini has not confirmed whether or not the GP Concept will make it to production but if it does, the GP Concept could take on the likes of Honda Civic Type R, the Ford Focus RS and the recently launched Hyundai i30N. 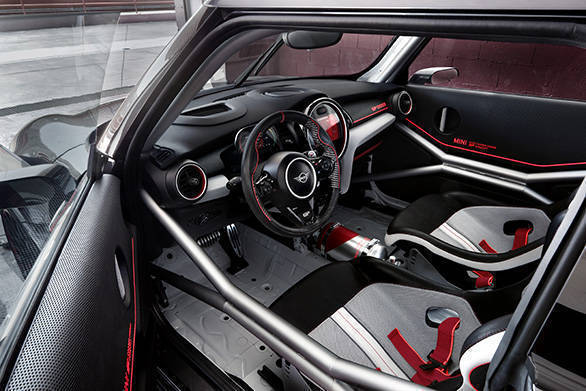