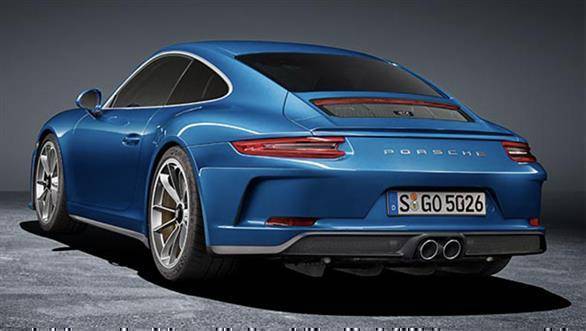 The flat-six is mated to a six-speed manual gearbox with a mechanical locking differential The front on the Touring Package is akin to its 911 GT3 sibling, but rear has a more 911 Carrera-style understated look, with a unique grille insert of the GT3 Touring Package. The 911 GT3 Touring Package loses its rear wing and gets an automatically deploying spoiler which is tucked away when not in use. A small Gurney Flap at the lip of the spoiler completes the rear. The 2016 Porsche 911 R was a super rare, super expensive car to own, which is not the case with the Porsche 911 GT3 Touring Package as it will be made on an open-ended production run with no cap on the volume.