Suzuki has unveiled more details about the India-bound Swift at the 2017 Geneva Motor Show. The Swift is based on Suzuki's new Heartect platform, which also underpins cars like the Baleno and the Ignis. It is lighter than the previous platform and more rigid which, according to Suzuki, enhances "fundamental vehicle performance".

The new Suzuki Swift is 10mm shorter than the older car, but the wheelbase has gone up by 20mm. Considering that the older model was infamous for its crammed rear kneeroom, this increase in wheelbase could be a boon. Additionally, boot space has gone up too by 54 litres, giving it a total capacity of 265 litres. The new car is also 40mm wider, which could translate to better shoulder room. While the height has been reduced by 15mm, the seats have been lowered too. So while headroom shouldn't be an issue, ingress and egress could be one. According to the brand, the new car is 120kg lighter than its predecessor, and one of the variants weighs as little as 840kg. While that is 25kg lighter than the lightest Baleno sold in India, Suzuki could be talking about the Euro-spec car which gets a different set of engines. 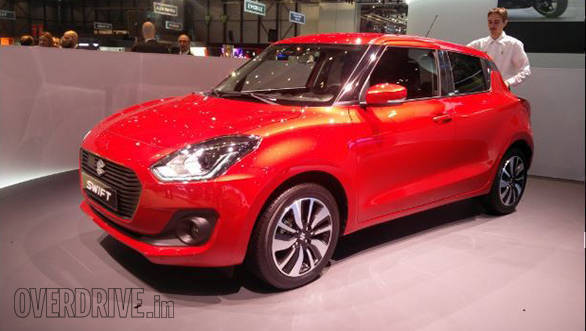 The first of these engines is Suzuki's 3-cylinder 1.0-litre turbo-petrol Boosterjet engine, which Maruti just introduced in the Baleno RS here in India. The other petrol engine is a 4-cylinder naturally aspirated 1.2-litre Dualjet engine which the current Euro-spec Swift and Baleno get. However, Suzuki claims that the all-new Swift will be five per cent more efficient, and that is probably down to its lighter weight and the SHVS system which will be offered with both engines.

Suzuki is also claiming that improvements in aerodynamics have resulted in an eight per cent reduction in wind resistance. Both variants can be optioned with a 5-speed manual, a CVT or a 6-speed torque converter. We are still waiting for information from Maruti on the engines that it will offer on the Swift when it comes to India and will update this story soon. But our guess is that the brand will stick to its 1.3-litre Mulitjet diesel and 1.2-litre K-Series petrol engines. Maruti could also offer the Boosterjet engine under the Swift RS moniker. 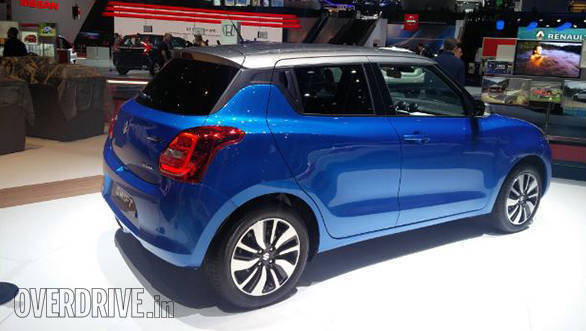 NVH levels in the new Suzuki Swift is claimed to be three per cent better than before, thanks to increased body stiffness and better noise insulation. The Suzuki Swift will also feature a new suspension set-up which is supposed to be light and rigid. Suzuki says that it has worked on improving the steering's responsiveness and smoothness. Suzuki's press release uses a lot of words like nimble, agile and sharp which hints that this could be a really fun car to drive. 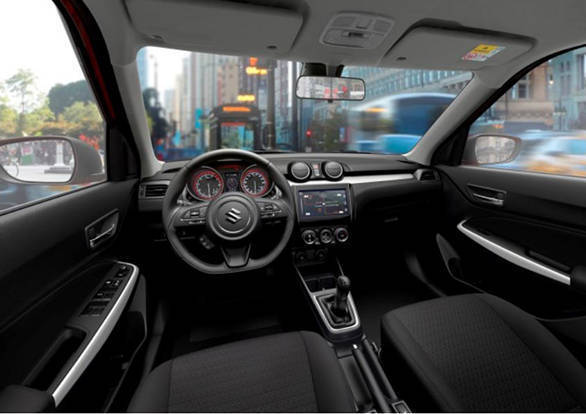 In terms of safety, the Euro-spec car will come with features like six airbags, ESP, lane departure warning, high beam assist, adaptive cruise control, a weaving alert function and Suzuki's Dual Sensor Brake Support system. The weaving alert system provides audio and visual alerts to drivers if it detects that the car is wandering off the road due to drowsiness. Dual Sensor Brake Support is a collision mitigation system which uses a camera and a laser sensor to predict a collision and then applies the brakes automatically to avoid it. Unfortunately, the India-spec Swift probably won't get any of these. What we will get here, however, is ABS and dual airbags as a standard feature. We expect the car to reach our shores at the 2018 Auto Expo, and also expect it to be positioned above the Baleno.

Here's our Facebook live video from the 2017 Geneva Motor Show. Please excuse the poor quality as connectivity is an issue out there.