Volkswagen has teased the much-anticipated Arteon which is going to make its global debut at the 2017 Geneva Motor Show. The fastback-styled sedan will be positioned above the Passat and will replace the aging CC coupe in VW's line-up. 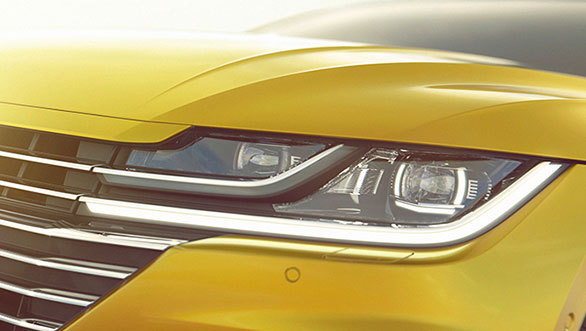 Volkswagen has given the Arteon a completely new look compared to its other models. The Arteon features a front end in which the LED headlights and DRLs are merged together with the chrome crossbars of the grille, whereas its rear gets a subtle spoiler and narrow tail lights. The company claims that it has given the Arteon a more spacious cabin too  with ample head and legroom at all seats. 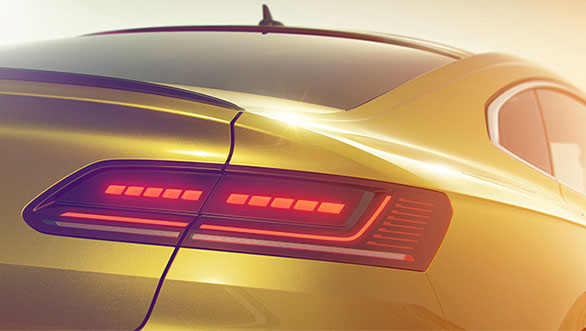 The rear gets subtle spoiler and narrow tail lights

Volkswagen has also stated that it will debut its latest generation of driver assistance systems in the Arteon. The German automaker hasn't reveal any technical details yet.

We are not sure if the Volkswagen Arteon will arrive in India, but it is expected to be launched globally this summer. Upon its launch, the Arteon will rival the likes of the BMW 4 Series Gran Coupé.