The second day of the 2017 Arunachal Festival of Speed was quite action packed as five special stages were run in around the Dirang and Sangti Valleys. 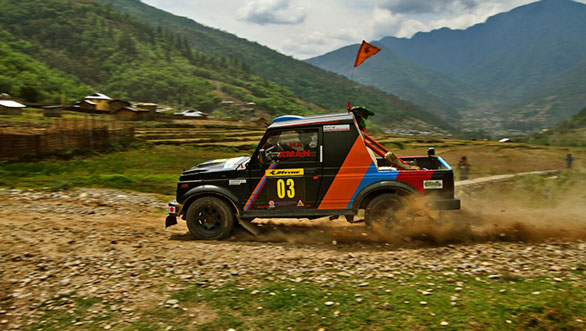 Amanpreet Ahluwalia (co-driven by Ajay Kumar) reigned supreme today as he managed to win four stages, extending his lead in the rally to 28 seconds. Ahulawalia, in his turbocharged 1.3-litre Maruti Suzuki Gypsy, was unmatched in the monastery, chug, chug reverse and hill climb stages. His Gypsy's set-up also seemed apt for the terrain in this region.

"It has been a pretty happening day for us. We have a decent lead as of now. But till the time it's actually over, it's never over. So fingers crossed," said Ahulawalia at the end of the day.

KM Bopaiah (co-driven by Gagan Karumbaiah) won the fifth stage of the day, the downhill section and the flat dirt track on the plains of the Santi Valley playing in his Volkswagen Polo's favour. 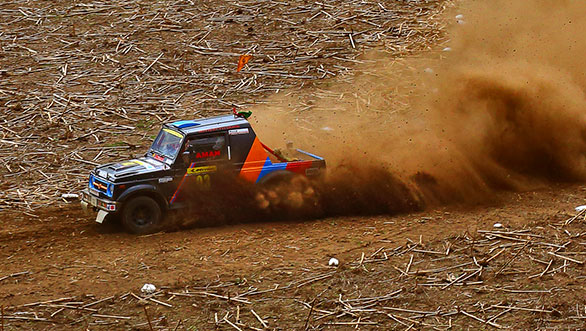 Bopaiah has been facing troubles with his car's ECU since yesterday. He, for instance, was struggling during the hill climb section, as his car would bog down in second gear, forcing him to use first gear to keep the car in the power band.

Despite these mechanical problems, he has been able to maintain a decent lead over third-placed Sandeep Sharma (co-driven by Prathap Thakur) who's 52 seconds behind the leader.

Local rallyist Jitu Kalita had a disastrous day today, wrecking his Maruti Suzuki Baleno's axle after hitting a huge boulder. He is unlikely to continue tomorrow.

In the Sprint category, Babit Lyngdoh was the fastest of all and has a comfortable lead of 8 seconds, going into the final day tomorrow.

With four stages to go, Amanpreet Ahluwalia is hoping to bag the winner's trophy, unless Bopaiah manages a miracle tomorrow.