The 2017 JK Tyre Arunachal Festival of Speed was flagged off today at the Lopon Stadium, located in the picturesque Dirang Valley. Headlining the list of drivers this year are Amanpreet Ahulawalia, Sandeep Sharma and many more. Their experience is sure to raise the bar for all drivers. 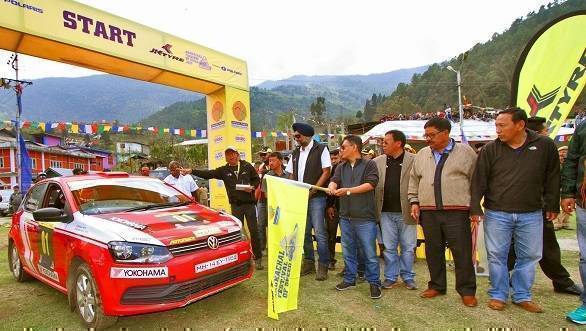 The first stage of the Arunachal Festival of Speed was the SSS stage, which was held in an Autocross format on the stadium ground.

The stage, as you can imagine, was like driving on home turf for the National Autocross Champion Amanpreet Ahulawalia. The Delhi based driver set a blistering time of 2m 09.32s, the fastest of all, which resulted in him grabbing the lead on the first day of the rally. Around the tight course he showed incredible skill behind the wheel of his Maruti Suzuki Gypsy, a car notorious for its large turning radius. " It was fun racing on this tricky course" is what he had to say at the end of the day.

In second place was KM Bopaiah from Coorg, Karnataka who was slower than Amanpreet by 3.15 seconds. A fault in his Volkswagen Polo's ECU caused the car to bog down in second gear, robbing it of drive out of a corner, eventually costing him time. 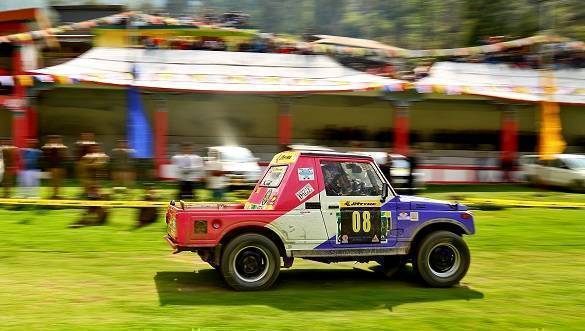 In the Autocross/Sprint category, local lad Babit Lyngdoh won both rounds to grab the top spot. In the first round, he set a time of 2m 15.41s while in the second he was faster at 2m 13.30s.

The next couple of days will be intense as there are 7 SS (Special Stages) to go.