Porsche India has recently announced its plans to introduce the new Porsche 911 range to the Indian market on June 29. The 2016 911 range will include four models: 911 Carrera Cabriolet, 911 Carrera S, 911 Turbo and the 911 Turbo S Cabriolet. The new 911 range comes with minor cosmetic changes to the exterior which give them a more a sharper appeal. Along with that, Porsche offers the new cars with slightly tuned engines to offer increased power and better performance.

At the front end of the car, significant changes like a new pair of headlights, LED daytime running lights, a new central air dam with larger air intakes have taken shape. The rear end now features a new pair of tail lights and a minor tweak on the bumper section. 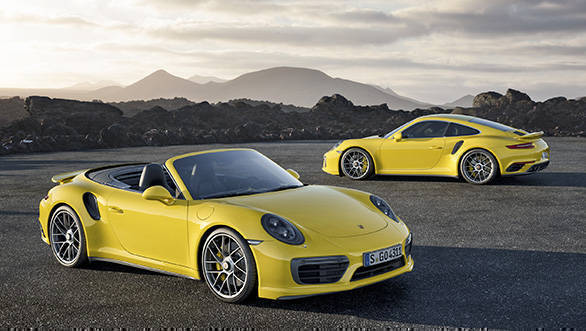 Step inside the new 911 and you get the Porsche Communication Management (PCM) with a 7-inch infotainment display as standard across all the models. Smartphones can be connected via Wi-Fi, while iPhone owners can now connect their phones and enjoy the Apple CarPlay feature on the PCM. 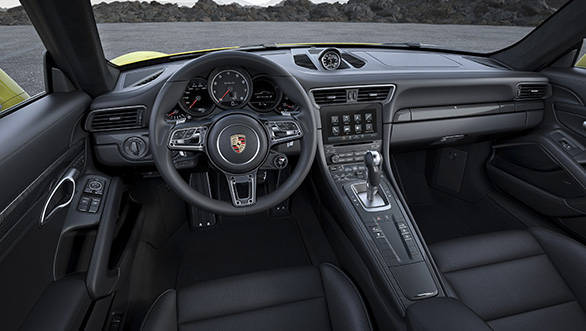 Under the hood, the new range of 911s will come with a new generation of flat-six engines with bi-turbo charging. The Carrera twins will have a 3.0-litre displacement, with the Carrera putting out 370PS of power along with 450Nm of torque. The Carrera S, however, will be offered with a hike in both, power and torque figures which now add up to 420PS of power and 500Nm of torque. 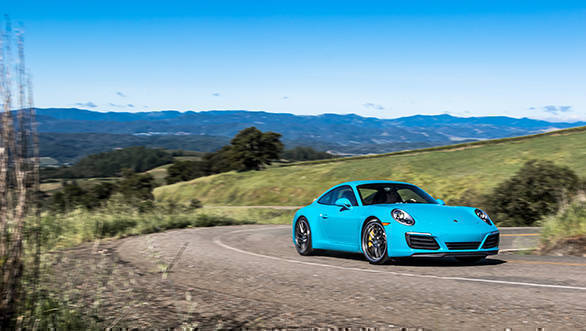 The turbo series on the other hand will have the 3.8-litre flat-six bi-turbo engine. While the 911 Turbo will be producing a maximum power output of 539PS, the Turbo S will be putting out 579PS, making it the most powerful car in the range. All the engines on the India-bound models will be mated to Porsche's PDK dual-clutch gearbox as standard. The car is expected to reach the 0-100kmph mark in under 4 seconds with the top speed being 320kmph. 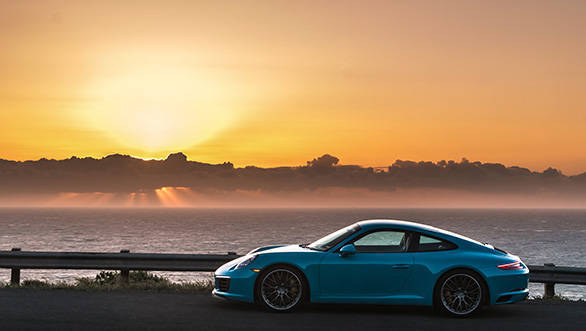 Porsche India will continue to sell its cars via CBU route which might significantly affect the price range of the cars. The 2017 911 is expected to be priced at Rs 1.5 crore for the starting model with the price tag going all the way up to Rs 3 crore for the top-end Turbo S model.