There are a few automobile brands that have been around for more than decades. And Rolls-Royce is one of them. The exotic car manufacturer has now revealed the eighth generation of its most iconic model, the Phantom -- a name that has been in existence since 1925. The flagship Rolls-Royce car boasts of being the most silent, luxurious, spacious and expensive sedan ever. 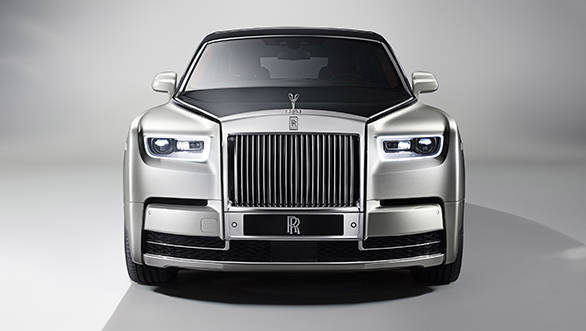 Though Rolls-Royce has retained the overall theme of the design of the Phantom, the guys in Goodwood have made tasteful changes to the overall profile. The grille design has been altered with a larger profile. This has also raised the Spirit of Ecstasy by approximately a half inch higher. The front takes its design inspiration from the 103EX concept that was shown in the Vision Next 100. However, the grill is now integrated with the bodywork, something that was not seen in the previous-gen Phantoms. Also, the headlight design has been altered for the new iteration. Rolls-Royce states that the new headlights can illuminate a total distance of 600m at night. The side profile continues to be as elegant as previous models but with additional detailing around the door handles as the flowing C-pillar. It gets a short front and long rear overhang, which helps it maintain the overall proportions of the Phantom. It rides on diamond-finished 22-inch wheels, the largest on a Rolls-Royce car. The rear, as said by RR, takes inspirations from the cars in 1950's and 1960's with an even more raked rear windshield. The tapered tail section is made of aluminium to make sure the design is kept clean and subtle. 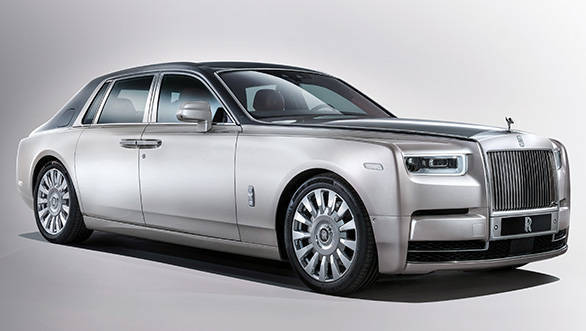 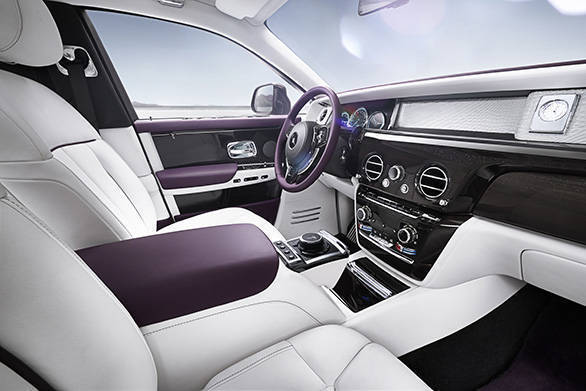 While the outside looks even more appealing now, the cabin of the 2017 Rolls-Royce Phantom VIII features some of the best things that money can ever buy. After one gets into the cabin, with a touch on the sensor on the door handle closes the doors automatically. Rolls-Royce has also brought in inspiration from the 109EX in the cabin of the Phantom VIII. Also, the front and rear seats have been redesigned completely to offer more comfort than what the Phantoms already offered. The wooden panels that are layered behind the front seats are influenced by the Eames Lounge Chair of 1956. These wooden panels cover the foldable tray positioned behind the front seats as well as the rear monitors. If you aren't convinced with what Rolls-Royce offers, you can further customise them and get intimate lounge seats, individual seats with occasional armrest, individual seats with fixed centre console and the newly introduced sleeping seats. There is also a drinks cabinet with whisky glasses and decanter, champagne flutes and cool box. 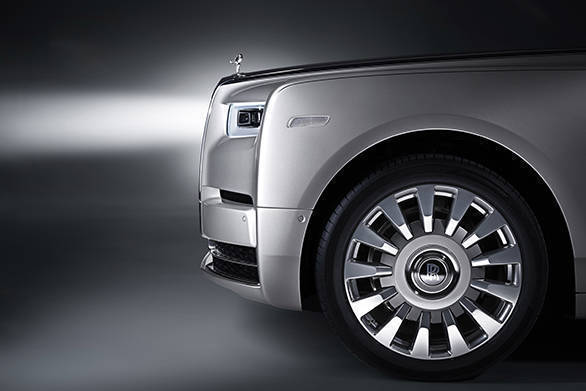 Another claim that Rolls-Royce is very proud of is that they have made it the most silent car in the world. This has been done with 6mm two-layer glazing all around the car with more than 130kg of sound insulation. Even the cabin floor has been insulated with dense foam to not let the road sound enter inside. The 2017 Rolls-Royce Phantom VIII also runs on special tyres that have been designed to reduce tyre noise as well. It has come down by 9db when compared to the previous-gen model. The new offering is approximately 10 per cent quieter than its predecessor at 100kmph, states the company. 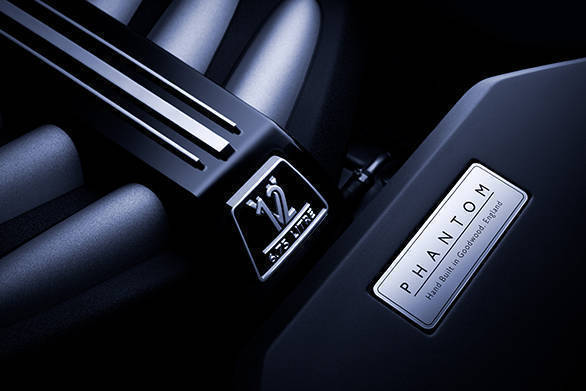 The 2017 Rolls-Royce Phantom VIII is powered by a 6.75-litre V12 powertrain that replaces the naturally aspirated unit of the previous model. This motor puts out 563PS and generates 900Nm at 1,700rpm. The motor is mated to an 8-speed ZF transmission.

Rolls-Royce has still not released any information on the prices of the Phantom VIII, but we believe it will be at the highest possible point, making it a collectible of only a select few. If you are one of those who can afford it, we suggest you get one for sure. And for those who can't afford one now, go through the images and hope that someday you can get one. 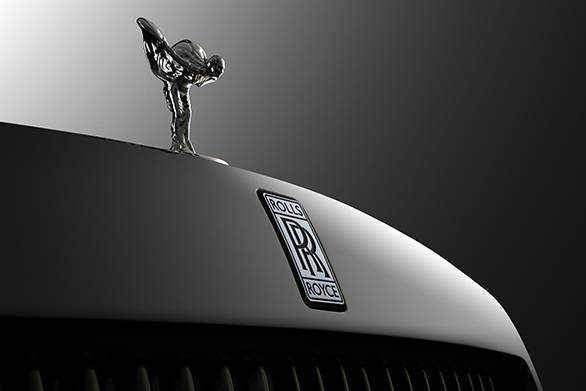