2017 Triumph Street Scrambler may launch in India on Aug 24

British bike maker Triumph Motorcycles may launch another motorcycle to add to its modern classic range in India on August 24. While Triumph Motorcycles India has not announced the product to be launched, it has been reported that the motorcycle will be the 2017 Triumph Street Scrambler. It is expected to be priced between Rs 8-9 lakh (ex-showroom, Delhi). 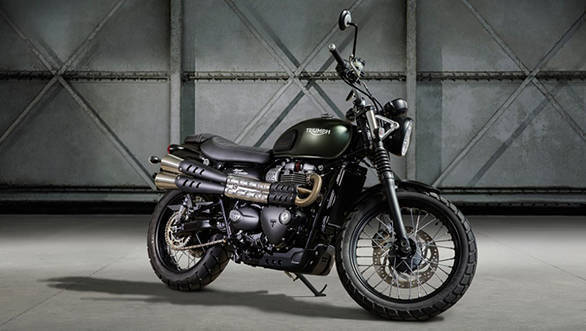 Among the key differentiating features of this new motorcycle will be a taller 19-inch front wheel, wire-spoke wheels, longer-travel rear suspension by Fox adjustable for preload and compression damping, high-set twin pipes culminating in a two-into-one Vance and Hines exhaust, and a pillion seat that can be interchanged with a luggage track, as well as Metzeler Tourance tyres that can serve on-road as well as off-road duties. The package is meant to be better equipped for handling off-road trails, but we will have a clearer idea when we get astride one. 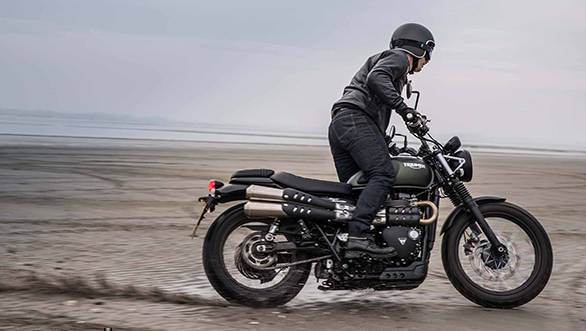 The Street Scrambler is powered by the same engine as the Street Twin - a liquid-cooled 900cc parallel-twin motor that produces 55.7PS/80Nm. With 310mm front and 255mm rear brakes, which also feature ABS, the braking department is well taken care of. On launch, the Street Scrambler will compete with the recently launched Ducati Scrambler Desert Sled.