The Yamaha Motor Company has announced that it'll launch the new V-Ixion R in Indonesia later this month. The V-Ixon R is the street naked version of the 2017 YZF-R15 and shares the same Deltabox frame as well as the 155cc, liquid-cooled, fuel injected motor. Besides this, the alloy wheels, brakes and suspension is also similar to its racier sibling. 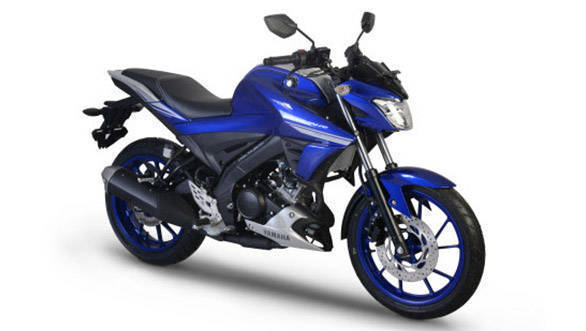 Design wise, the V-Ixon R features a single piece headlamp, chunky fuel tank, with extensions that doubles up as radiator shrouds, a belly pan, single piece seat and minimal bodywork at the rear.

The riding position is also changed to offer a more upright, street riding position and this has been achieved by replacing the clip-ons on the YZF-R15 with a single-piece handlebar and relatively forward set footpegs.

The Yamaha YZF-R15 has been a game changer in the Indian market, however, with the passage of time, the R15 has been facing stiff competition. While Yamaha has recently launched the the 2017 YZF-R15 in Indonesia, the Indian arm of the company seems in no hurry to launch the bike in the market.