BMW has been working on a sportier SUV called the X2 that would be positioned in its entry-level range was already known. The German automobile manufacturer had showcased the concept form at the 2016 Paris Motor Show and then released camouflaged images of the SUV. And now BMW has finally unveiled the 2018 X2 that will be positioned over the X1 and below the X3. The company states that the 2018 X2 will premiere in March 2018 in the international markets. 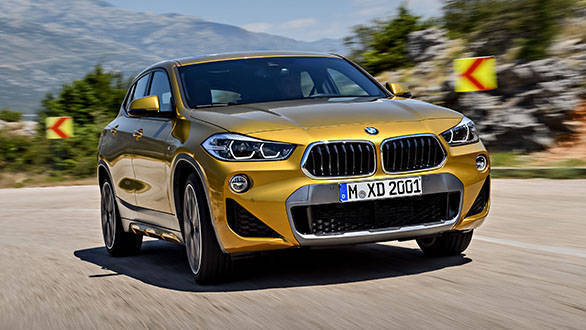 Even though the 2018 BMW X2 gets a familiar design, it does get its unique bits

The BMW X2 Concept showcased a contrast in the top and lower sections of the SUV. At the top, the coup begins defining the sporty character of the X2. Adding to that effect are other elements like the streamlined glasshouse, the roof-mounted spoiler and the sleek taillights and headlights. The 2018 BMW X2 gets a familiar front design with optional full-LED headlights and DRLs. The kidney grille design has been revised. The front bumper looks different from the other SUVs in the BMW portfolio which can be seen with the new air intakes. The side profile gets a more stretched coupe-like roofline design when compared to the X1. The wheel arches features a squared off design and there is an option between 17-inch to 20-inch wheels. The rear gets sleep L-shaped LED lights and an optional M sport spoiler. In addition, the SUV gets twin exhaust pipes finished in matte aluminium and equipment specific bumper design. BMW has added two new shades, the Galvanic Gold metallic and Misano Blue metallic, that will be offered on the 2018 X2 SUV 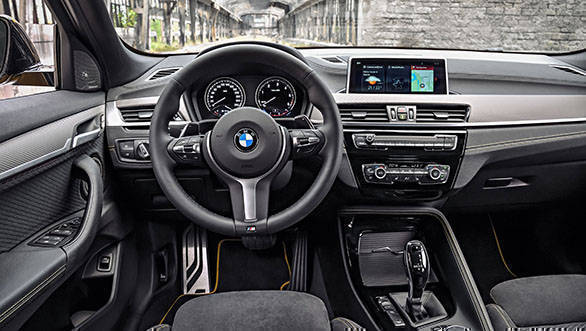 The interior of the 2018 BMW X2 gets perforated Dakota leather with magma red, a first for cabin in BMW cars. The SUV gets a 8.8-inch touchscreen infotainment system that can be controlled with the the help of iDrive controller. The company also mentions that connectivity options like CarPlay will be offered as an optional package. 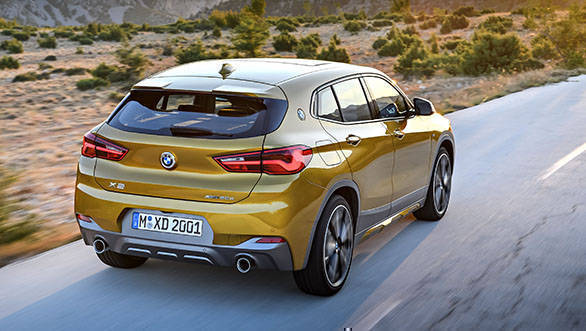 The 2018 BMW X2 will get three engine/transmission variants that will be offered from its launch in the international markets. The 2018 BMW X2 xDrive20i petrol model will come with a 192PS 2.0-litre motor whereas the xDrive20d diesel variant will come with a 190PS engine whereas the X2 xDrive25d diesel will come equipped with a 231PS diesel motor. Both diesel SUVs will get xDrive intelligent all-wheel drive and the eight-speed Steptronic transmission as standard. Three-cylinder X2 sDrive18i and the four-cylinder X2 xDrive20i, X2 sDrive18d and X2 xDrive18d will join the engine line-up of the 2018 BMW X2 at a later stage.