More good news coming in for Indian rally fans. After the announcement that Gaurav Gill and Team MRF will begin their WRC foray later this year, news has now come through that Amittrajit Ghosh, multiple national racing and rally champion, will head to the FIA European Rally Championship.

Ghosh, and long-time co-driver Ashwin Naik, will begin their campaign in the European Rally Championship with Round 3 of the championship - the EKO Acropolis Rally 2018, in Lamia, Greece. The event will take place between June 1 and 3, 2018. 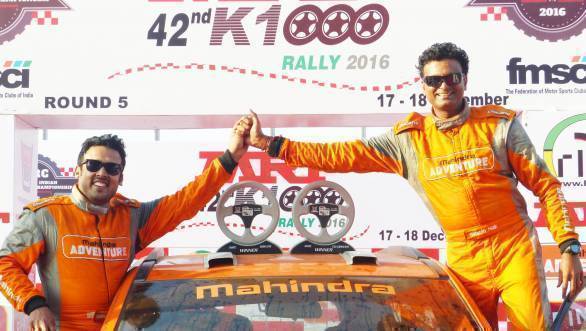 After this, Ghosh, who is a Team RRPM driver, will compete in a few carefully chosen rounds of the ERC, to gain experience at international championship level rallying.

Speaking from London, where he is based now, Amittrajit, also a Team Mahindra Adventure driver in the MRF FMSCI INRC 2018, said, "It is a proud moment for us to become the first Indian driver, co-driver and team to be competing in the ERC, second only to the World Rally Championship."

He added, "Our aim will be to gather valuable miles and experience through this year, in preparation for an all-out assault in the next. I want to thank RRPM for getting us here and our new sponsor, Pana Education, for coming on board at this important juncture of our career."

Ghosh and Naik will compete in a Ford Fiesta R2 machine, in the ERC 3 category. Their Fiesta R2 is powered by a 170bhp engine mated to a five-speed sequential gearbox. The car also has adjustable Reiger dampers, Eibach springs and AP Racing brakes. The car will be run and serviced by Latvian company Baltic Motorsport Promotion. Ahead of their first ERC outing Ghosh and Naik will compete in the 2018 Rally Talsi, a round of the Latvian Rally Championship.

Amittrajit's list of motorsport accomplishments include two INRC titles in 2012 and 2013, one National Racing Championship title in 2005, as well as winning the MRF Racing Challenge and the INRC 1400 championship. Ghosh also has the distinction of being the first Indian driver to ever gain a class podium in the British Rally Championship.

While the Indian duo are also hoping to compete in a few rounds of the WRC later this year, they will only discuss details once plans have firmed up.