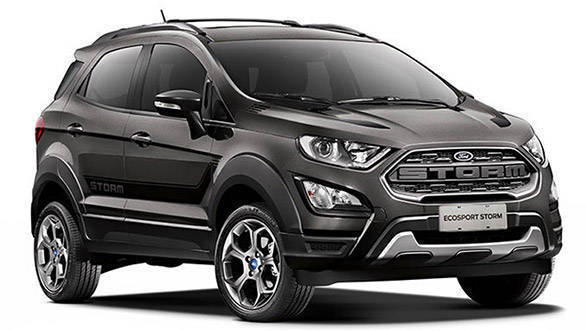 Even though the Ford EcoSport Storm edition looks similar to the regular, it gets aggressive bits like the new grille and the bash plate

From the images it is evident that the 2018 Ford EcoSport Storm edition takes its design inspiration from the much larger Ford Raptor, especially the grille with Storm mentioned in the centre. It also gets a muscular black cladding that makes the Storm Edition a lot more appealing than the regular version. The other additions include a sunroof, black roof rails, new 17-inch alloys running on Michelin tyres. The images also showcase the new shade of brown. 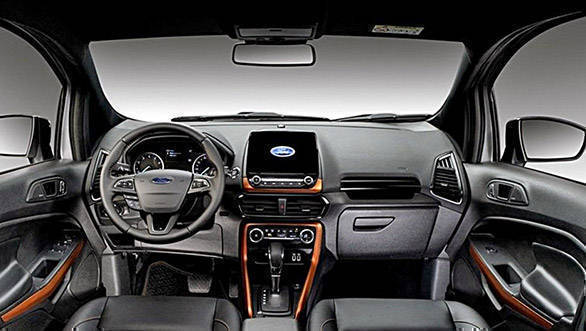 The cabin of the 2018 Ford EcoSport Storm too gets some changes like the dual-tone colours of orange and grey. The SUV also gets Storm branding on the seats as well as on the trims. Since it is available only in the Titanium variant, the EcoSport Storm comes equipped with automatic headlights, multifunction steering, height adjustable driver's seat and also the latest 8-inch Sync3 touchscreen infotainment system with CarPlay and Android Auto connectivity options. 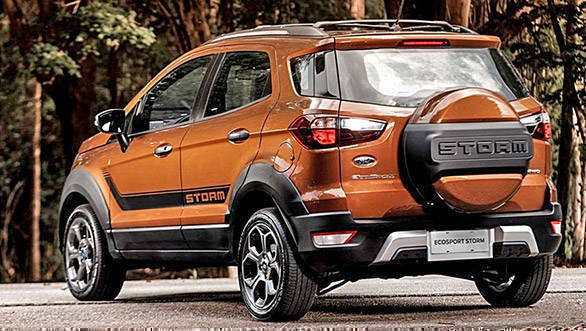 The 2018 Ford EcoSport Storm is powered by a 2.0-litre petrol engine that puts out 170PS/202Nm while the 2.0-litre diesel unit produces 176PS and generates 221Nm. The SUV comes with a six-speed automatic transmission as standard. 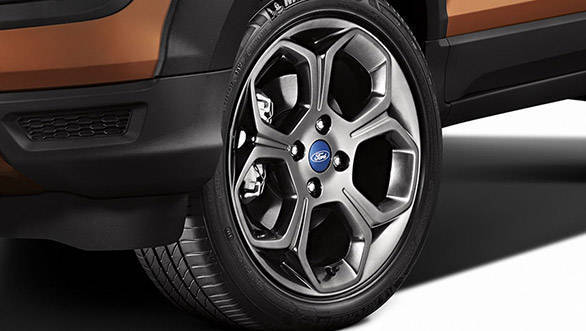 While the 2018 Ford EcoSport Storm edition looks a lot more appealing than the regular EcoSport that is sold in India, we hope Ford India considers bringing this one here. Let us know your views in the comment section below.