Bala Prasath, from Coimbatore, won Round 2 of the 2018 Formula Junior Racing Series held at the Kari Motor Speedway in his hometown. With this win he also secured the championship, having finished second in the first round.

Bala ended the first round with 91 points behind Bangalore's Sohil Shah, who had 120. The second round saw a turn of fortunes. With Bala winning three races and finishing second in the other two, he overtook Sohil who suffered a run of bad luck. 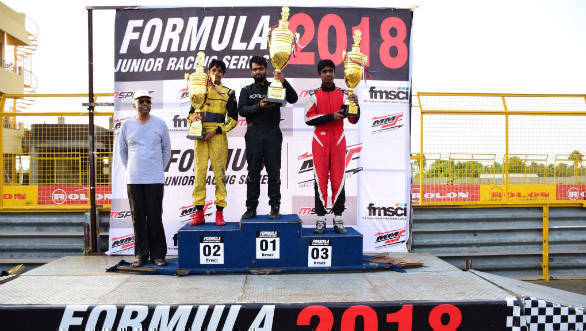 Bangalore's Sohil, who was sitting pretty with 120 points, had a disastrous Round 2 weekend. He began with a DNF and could only manage third place in the next three races. He clinched the second place in the final round but by then the championship had slipped out of his hands. He could muster only 68 points to finish second, with an aggregate of 188 championship points.

The third championship place went to Chennai's Nirmal Umashankar. He had a good weekend during the second round, winning two races and finishing second in two more. However, in the final race, he suffered a DNF that hurt his chances. He amassed 92 points in Round 2 but his poor tally of 51 in Round 1 meant that the third position is the best he could muster. 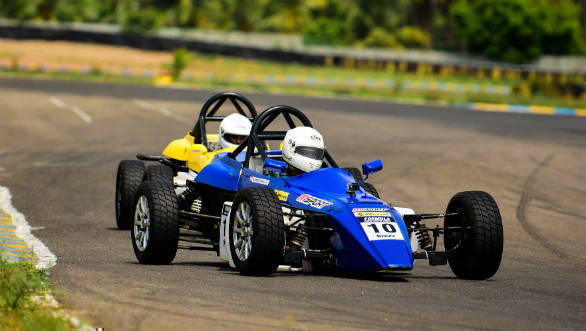 The Formula Junior Racing Series is organised by MECO Motorsports. The FMSCI-approved event was introduced in 2016 to provide a platform to drivers and riders coming out of the winter season to prepare for the National Championships. It is open to anybody over 14 years old and holds a valid FMSCI National Racing license and has done at least one Academy/Training Programme. 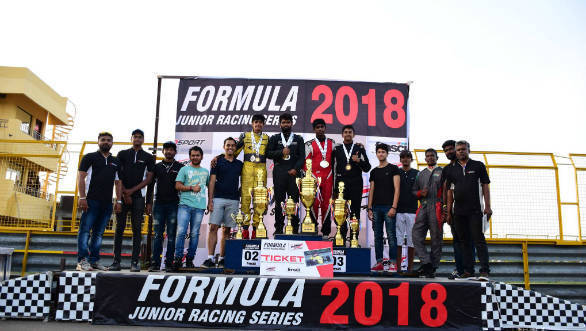 The FJRS is a single-make series where contenders drive cars built to the Formula LGB 1300 specification. The chassis is made by LG Sports while the engine is the 1.3-litre MPFi unit from the Maruti Esteem. 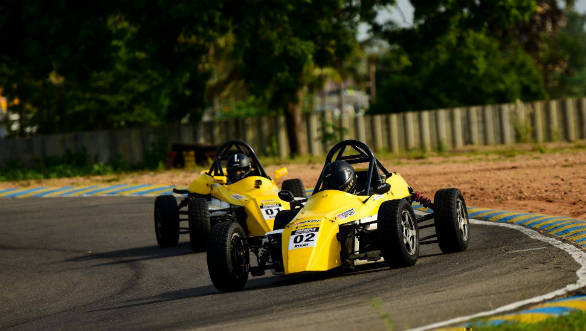