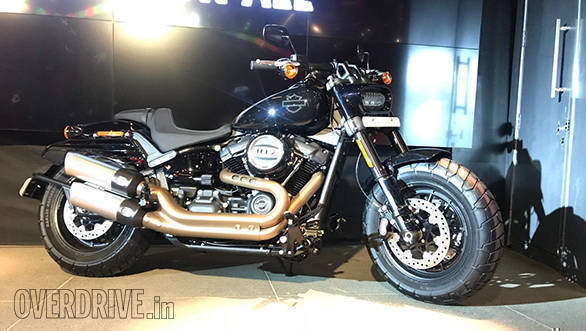 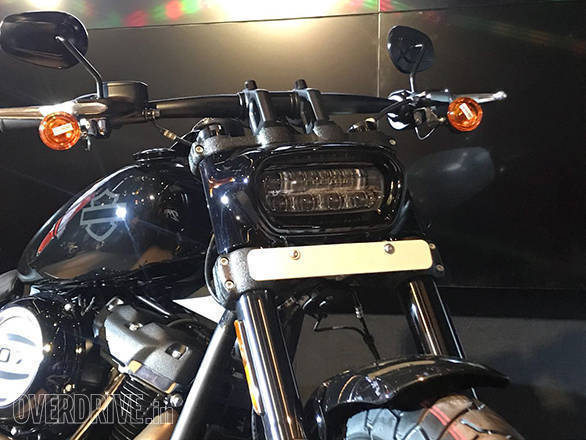 The oblong LED Daymaker Signature headlamp is the first thing you will notice on Fat Bob's front end. This sets it apart in a sea of round-lamped bobbers from other manufacturers 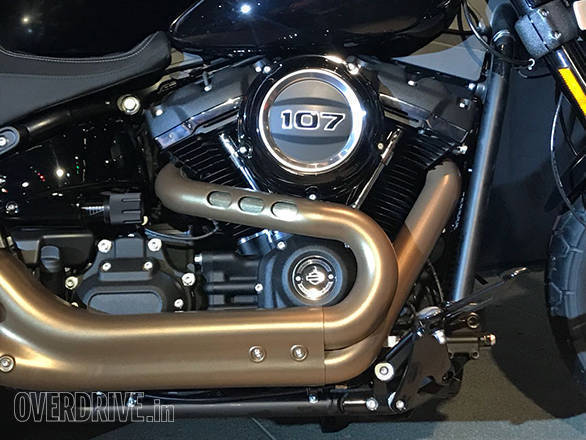 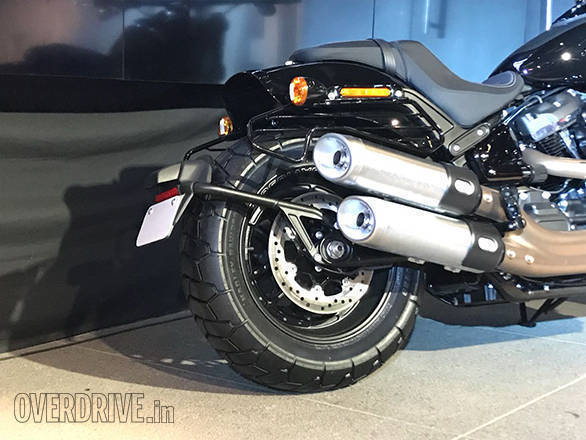 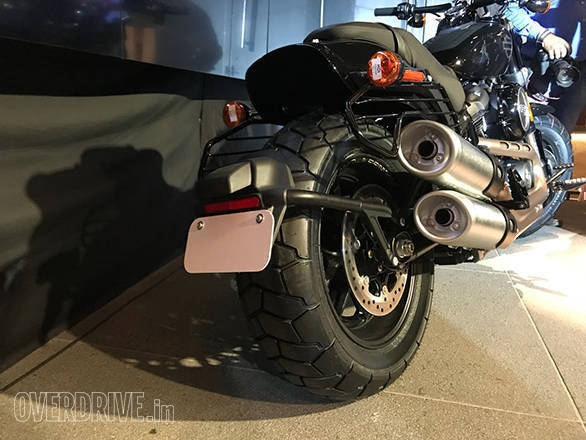 The 2018 Fat Bob gets features what Harley-Davidson claims are the fattest aggressively-treaded tyres the company offers, with a 150 mm front and 180 mm rear. The rear also gets a new floating number plate assembly 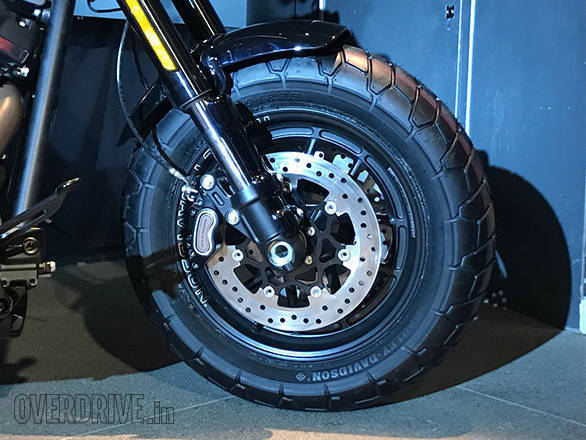 The 2018 Harley-Davidson Fat Bob features upside down front forks set at a 28-degree rake, as well as twin disc brakes