The new Honda Brio has made its world debut at the Gaikindo Indonesia International Auto Show (GIIAS) 2018. For its second generation, the 2018 Honda Brio receives styling updates which bring it up to spec to the 2018 Honda Amaze which was launched in India earlier this year. This small car also shares its platform and interiors with the compact sedan as well. The current update replaces the Honda Brio that had debuted in 2011. The 2018 Brio carries forth most of the design from the Honda Small RS Concept that was showcased in April at the 2018 Indonesia International Motor Show (IIMS). 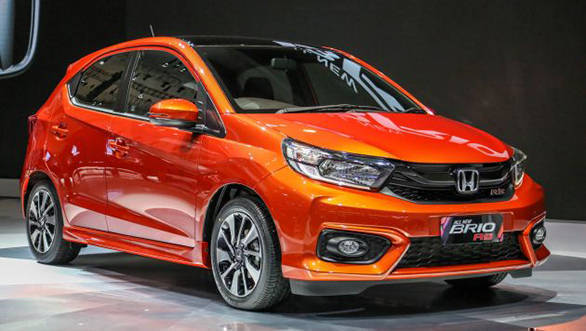 Honda has showcased the Brio in two trims at GIIAS 2018 - a Satya and a sportier RS, shown above

With this design update, the new Brio is a much sharper and aggressive-looking small car than its predecessor. That big chrome grille garnish from its sedan counterpart is also present. The car has been shown at the GIIAS in two trims - a sporty RS and a Brio Satya. The interior remains similar to the update that the Brio had received in its 2016 facelift. The dashboard draws inspiration from its larger stablemate, the Jazz. 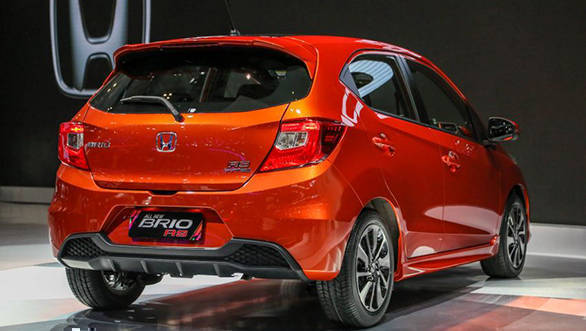 The 2018 Brio retains the mechanicals from its predecessor. It comes powered by the Euro 4-compliant 1.2 litre four-cylinder SOHC i-VTEC petrol engine producing 90 PS and 110 Nm. The engine comes mated to either a five-speed manual or CVT gearbox. The big question, though, is if and when this new Brio will make its way to India. There is no official announcement from the company as yet. Apart from India, the Brio is also sold in Indonesia and Thailand. 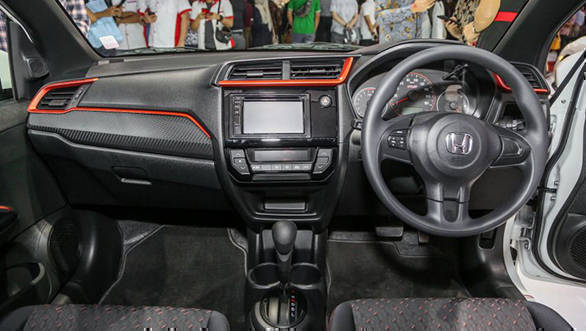 Most of the interior on the 2018 Honda Brio is retained from the 2016 facelift, and the dashboard is heavily inspired from the Jazz