2018 Independence Quattro Drive is all set to begin

It's that time of the year when OVERDRIVE sets camp in the gorgeous and mystical land that's Ladakh. The Independence Quattro Drive has been the most unique and patriotic way in which a civilian could celebrate the Independence Day of our great nation. A journey that began in 2013, we've had the honour of hoisting our national flag and sing our national anthem with the Indian army, every year. 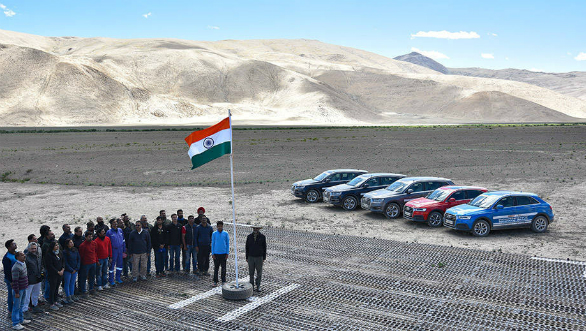 Last year, we celebrated our Independence Day at the Rezang La War memorial in Chushul, situated a stone's throw away from the Indo-China border. This army post was witness to one of the most gruesome battles in history of India. Major Shaitan Singh and his troops were outnumbered by advancing Chinese soldiers who intended to capture the post during the Indo-Sino war. Major Shaitan Singh and his men, however, were unfazed and continued to fight the Chinese. These few hundred men fought against wave after wave of Chinese troops, killing thousands of them. The Rezang La War memorial was set to mark this epic battle and the ultimate sacrifice of our soldiers.

It goes without saying that celebrating our Independence Day with the Indian Army makes our heart swell with pride, people who've left family and friends behind to guard India. 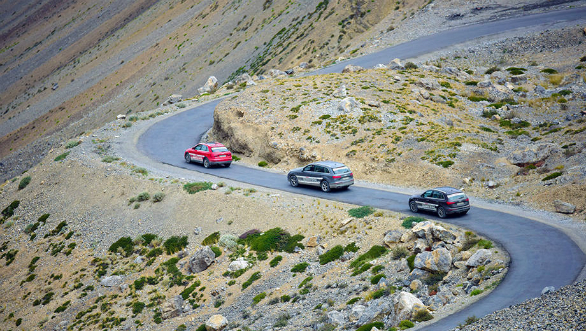 Helping us get to these remote army posts are Audi India's finest SUVs. The Q3, Q5 and Q7 have been dependable and comfortable in the harsh and unforgiving terrain in Ladakh. These SUVs give our participants a taste of what it's like to drive a vehicle that's specifically designed for tackling the challenges in this region. The Q7 has always been the ultimate in luxury and refinement while the Q3 has impressed us with its superb handling. The all-new Audi Q5 will make its IQD debut this year and it'll be interesting to see how the new SUV performs

This year, we are heading to another interesting location in Ladakh. Stay tuned to our social media posts and the stories that'll follow. Join us in celebrating India's 72nd Independence Day.