2018 Maruti Suzuki Ciaz facelift to be launched in India on August 20, bookings begin

The 2018 Maruti Suzuki Ciaz facelift will finally be here in a matter of a couple of weeks. Reports suggest that the refreshed sedan will be launched in the country on August 20. Some Nexa dealerships have already begun accepting pre-bookings for the refreshed sedan for an amount of Rs 10,000 to Rs 25,000. The launch of the Ciaz facelift was earlier slated for early August. The facelift will bring LED lamp integration and a slightly sharper aesthetic on the outside. The 2018 Maruti Suzuki Ciaz has already been spotted undisguised. These spy shots reiterate the changes that we expect the new car to come with. 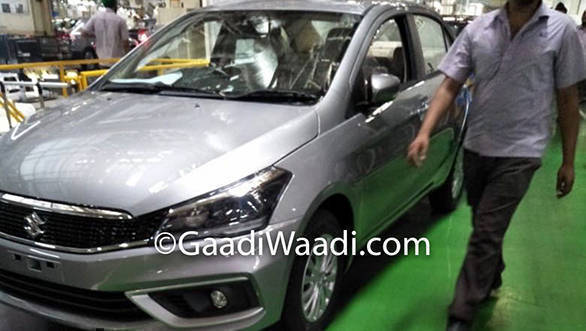 The updated sedan now comes with a sleeker front-end design. The grille is thinner and more subtle. Unlike the earlier car, there is restrained use of chrome with only a thin strip above the grille. The headlamps are reprofiled as well with new LED DRLs. The front bumper is also new as well, with C-shaped chrome inserts around the fog lamps.

Also, the upcoming Maruti Suzuki Ciaz facelift will feature the 1.5-litre petrol motor recently seen on the Indonesian-spec new Suzuki Ertiga. This new K15B motor puts out 104PS and 138Nm, increases of 13PS and 8Nm over the current car. The 1.3-litre diesel motor will be carried over unchanged. 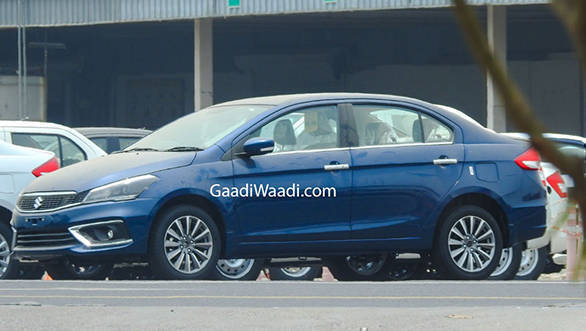 The silhouette of the Maruti Suzuki Ciaz facelift too looks identical to the present model, except for a slight change in alloy wheel design. To the rear, the lights and the boot design have been carried from the present model but feature new LED details. The rear bumper too has got a revision in styling in the form of new contours on the lower section. The only image of the interior of the Ciaz facelift that has been put out shows an updated dashboard. The size of the infotainment screen has got larger and even the trims look more premium. It does bear some resemblance to what is offered on the Honda City facelift, that was launched earlier this year.

The Ciaz is a good seller in the C-segment space, behind the Honda City and these changes will help it stay relevant to buyers. The Honda City has undergone a facelift while the Verna has seen a generation change since the Ciaz was first launched. Prices of the facelifted Ciaz, when it launches later this year, can be expected to be a slight premium over the present car.