After the short 5km Prologue Stage, the 2018 Afriquia Merzouga Rally got underway in earnest in the dunes at Morocco. The two Indian teams competing in the rally got off to a good start, with solid finishing positions for their riders. 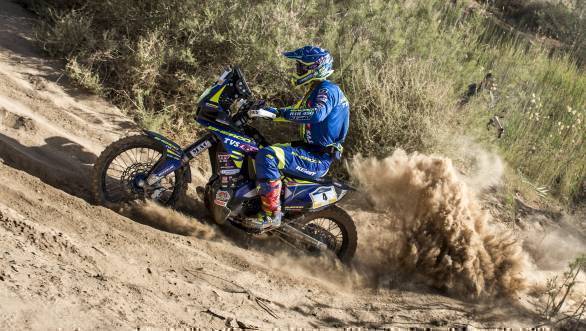 Joan Pedrero Garcia leads the way for the Sherco TVS team, with sixth place after Stage 1

Sherco TVS Factory Rally Team's Joan Pedrero Garcia led the way, slotting in at sixth position at the end of Stage 1, which was won by Honda's Joan Barreda Bort. The rest of the TVS outfit also did well, with Lorenzo Santolino ending the stage in ninth position, while Martin Duplessis Diego ended the stage in 12th position. The team's fourth rider, Vanni Cominotto, ended the stage 27th.

Commenting on his performance, Joan Pedrero, Racer, Sherco TVS Factory Rally Team says, "The stage was a test of our navigational skills and included dunes, sand as well as water zones. I am happy with my performance and look forward to improving my rankings in the next stage." 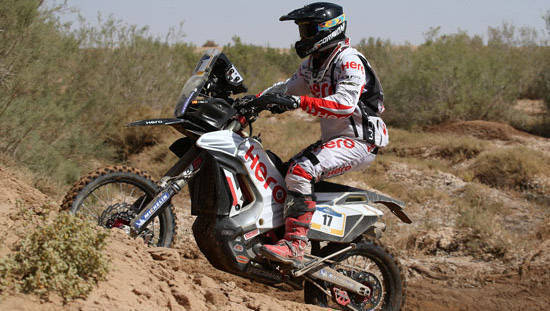 Over at Hero MotoSports Team Rally, Oriol Mena ended the first stage in eleventh place, while CS Santosh is currently ranked 20th in the rankings.

Speaking after the first day's rallying, Oriol Mena, said, "First part of today's stage had really difficult navigation. I started the stage at the 3rd position so there were no tracks to follow as well, so I had to put all my focus in navigating as well as I could today. At one point, I lost a few minutes in finding the correct way but I managed to collect all the waypoints. The second part of the stage was relatively easy except for one point in the river where it was difficult to find the way. It's just the first day and I am feeling good, the bike is performing well, so let's see how it pans out in the coming days."

Meanwhile, CS Santosh who made a cautious start to the event said, "Today's stage was a bit difficult for me as the two loops were the same today for bikes and the Side-by-Side vehicles. I started behind the SSVs so I had to be careful with the navigation as there were a lot of tracks everywhere. The first loop was tricky but I made some time in some places and overall kept my mistakes to the minimum. In the second loop again I started behind the SSVs and lost some time in trying to pass them. Overall a good learning and I think the next few days are going to be as tricky as this one."