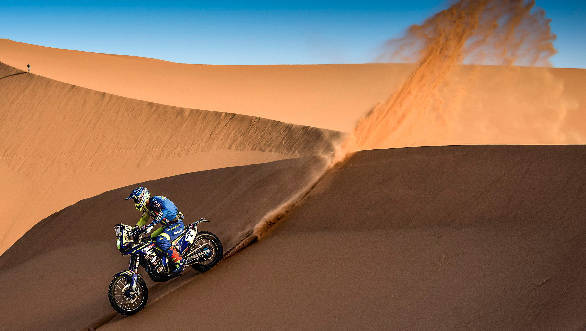 Speaking of his performance after two stages of rallying, Pedrero Garcia said, "I felt very good in the dunes and finished the stage without any major problems with the bike. Looking forward to the marathon stage tomorrow as it will test both man and machine."

Meanwhile, David Casteu, team manager, Sherco TVS Factory Rally team said, "It was a big stage with a lot of navigation but I am thrilled we passed the test. Seeing our riders arriving in the lead group despite the strong competition from the other teams was a true pleasure." 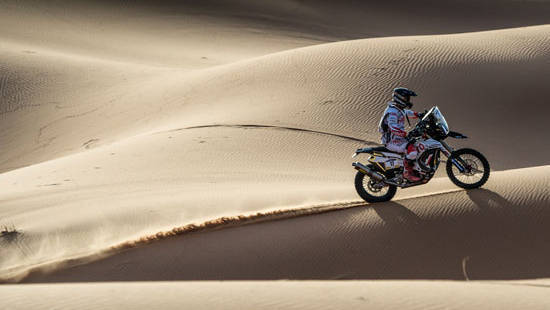 For the Hero MotoSports Team Rally riders, Oriol Mena and CS Santosh, the second stage was tricky, but they managed to hold their own. While Mena started the stage strong, and navigated the dunes well, he eventually had an electrical issue, which made him lose a lot of time. Mena had to stop until Santosh came by and managed to help him, allowing both the riders to reach the finish line.

At the time of writing this report, the third stage of the rally was already underway. It was the beginning of the two day marathon stage, with a total run of 304 km, including the special section of 241 km over the first half of the stage. The riders will camp in the dunes where they have no assistance from their teams.