It has been quite some time that Nissan had been teasing the new-gen Leaf on various social platforms. Nissan has now officially unveiled the all new Leaf in Japan. The Leaf has received a significant makeover in terms of design but the highlight is the more powerful motor with increased efficiency as well as Nissan proPILOT semi-autonomy technology that makes a debut in this new-gen electric sedan. 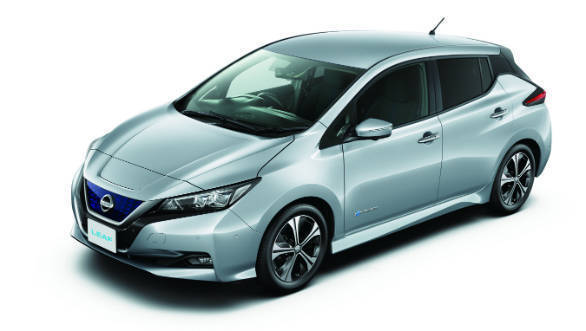 The new-gen Nissan Leaf has got an updated powertrain that makes 38 per cent more power as well as 26 per cent additional torque as compared to the previous model. Nissan claims the throttle response has been improved further to give instant performance. Further, the new lithium-ion battery pack delivers an estimated range of 400 km by Japan standards, states the company. Interestingly, even though the claimed range has gone up, the new battery pack takes as much space as the one in the previous model. The individual cell structure of the laminated lithium-ion battery cells has been worked on, increasing the energy density by 67per cent. Additionally, there will be a more powerful and a longer range version that will be introduced in 2018.

The additional power and torque will be aided by an improvement in the chassis of the new-gen Leaf. Nissan claims that this will help improve the stability of the car at higher speeds. The heavy components including the battery are placed in the center of the body. Even the steering response has been improved with an update in the software which includes a control logic working in tandem with the steering angle sensor. 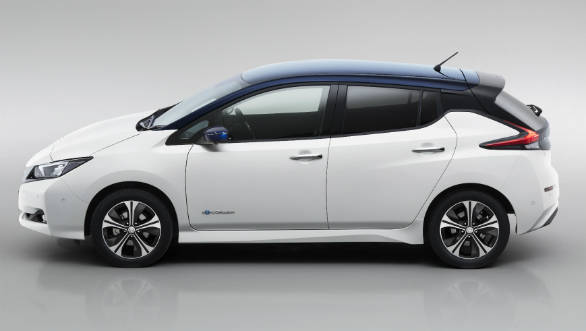 From the spied images of the 2018 Nissan Leaf, its inspiration was evident. The design of the new-gen Leaf is based on the IDS concept that was shown at the 2015 Tokyo Motor Show. This is highlighted with the V-grille that dominated the centre and comes treated in chrome. Flowing outwards from the grille are the sleek LED headlights with FRLs. To the side, the new-gen Nissan Leaf has got a serious aerodynamic update that makes it much more appealing than the previous model. Even the coefficient of drag has been brought down to 0.28. The two-tone roof, sleek shoulder line and the diamond cut alloys are some of the new additions. Even the rear has been heavily worked upon and features an edgy design.

The interior gets a new Gliding Wing design language. It gets a redesigned driver information display. It gets a combination of an analog speedometer and a multi-information display. On the left side, the 7-inch, full-color, thin-film transistor (TFT) display shows a power gauge meter as the standard setting. It also features Apple Car Play as a connectivity option over the standard and also comes with navigation. 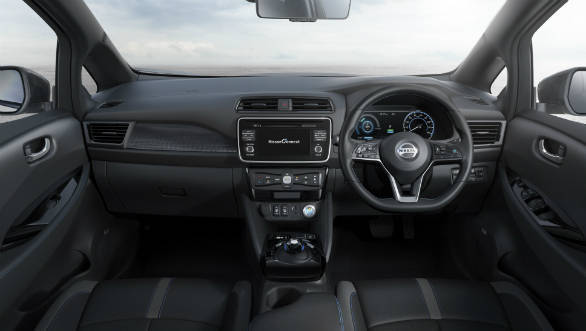 Coming to the main attraction of the 2018 Nissan Leaf. It now comes with ProPILOT, the semi-autonomous tech that intends to offer a safer driving experience. Once activated, it can automatically control the distance to the vehicle in front, using a speed preset by the driver (between about 30 km/h and 100 km/h). It can also help the driver steer and keep the vehicle centered in its lane.Additionally, the 2018 Nissan Leaf also comes with ProPilot park which parks the vehicle automatically by controlling the steering and the acceleration. This is done using four high-resolution cameras and information from 12 ultrasonic sensors around the car. 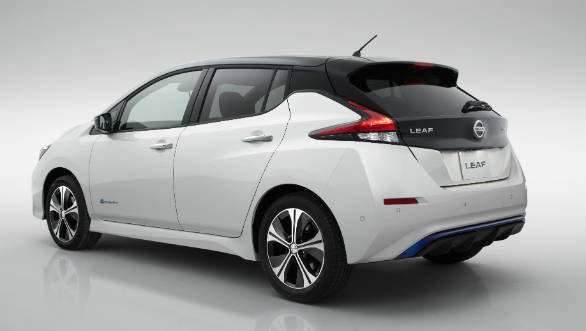 The 2018 Nissan Leaf will arrive at global dealerships later this year. Nissan has still not announced the prices but has termed it "competitive". We believe it should be similar to that of the present model. The pricing of the new-gen Nissan Leaf will be crucial as it has staunch rivals in the form of Chevy Bolt EV and the Tesla Model 3.