The 2018 Porsche 911 GT3 has set a new record, by lapping the Nurburgring a full 12.3 seconds quicker than its predecessor. . It set a time of 7min12.7s. So what has the new car got? What makes it quicker than the previous 911 GT3, which was already a very quick car.

For starters, the 2018 Porsche 911 GT3 is like a follow up act to the first-gen 911 GT3 that debuted in 2013. Porsche has been listening to customers as well and the 2018 model has incorporated some of the demands. The 2018 Porsche 911 GT3 improves upon its predecessor by offering more power, better aerodynamics and improved handling as well. For 2018, the biggest change, is the introduction of an all-new 4.-litre, flat-six engine that boasts of 500Ps and 460Nm of torque. But that's not the only bit to rejoice about. 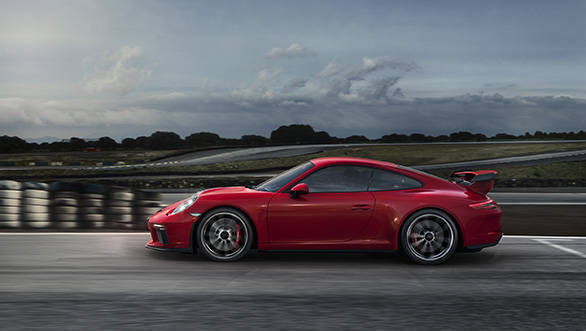 Many Porsche purists were unhappy about Porsche's decision of ditching the manual transmission in the previous car. For 2018, however, the company has now paid heed to the demands and the 2018 911 GT3 gets a six-speed manual transmission in addition to the phenomenal Porsche PDK, double-clutch transmission. The PDK, however, has its advantages and Porsche is confident that even the best drivers cannot match the shift times of the PDK. 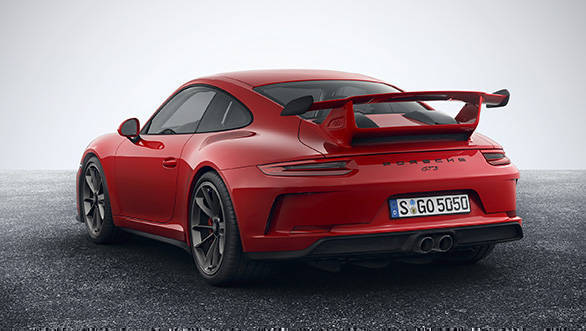