The first round of the 2018 season of Volkswagen's popular one-make series, the VW Ameo Cup, kicks off this weekend at the Kari Motor Speedway in Coimbatore. The 2018 Volkswagen Ameo Cup will see 13 new drivers and 7 previous ones, including 2 women drivers 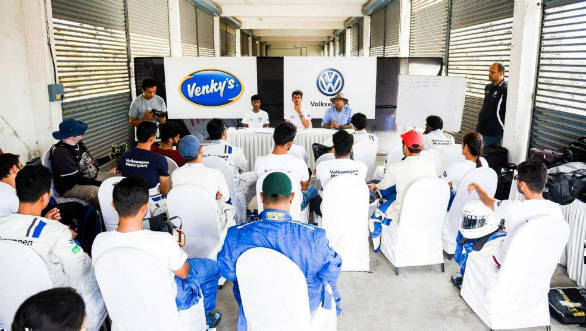 To cope with the hectic timeline, drivers were put through multiple rounds of fitness sessions as part of the fitness camp on June 19th. After introducing them to the right fitness regimes, the drivers got into the cars at Kari Motor Speedway to have their first tests before the season officially begins. During these tests, Driver Coaches Rayomand Banajee and Karthik Tharani took the drivers through several training sessions that included learning the basics of a race car, the racing lines to be used at the track, braking lessons and so on. This gave the drivers a fair amount track time and helped them get used to their race machines. 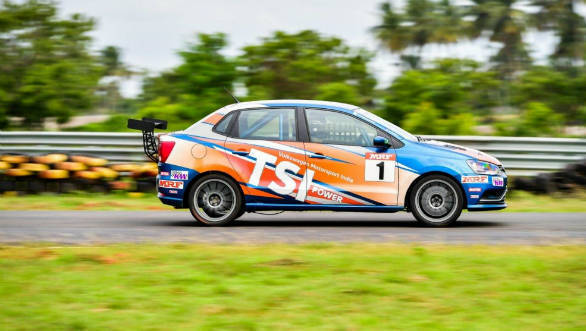 The machines in question are extensively reworked Ameo compact sedans. They get a reworked version of the 1.8-litre petrol motor seen on sedans like the Octavia, producing 205PS and 320Nm. The car is still FWD but is mated with a 6-speed sequential gearbox with paddle shifters. Other changes are new KW tuned dampers, larger disc brakes front and rear, and larger 17-inch tyres. A bare-bones interior with an 8-point roll cage replaces the rear seats and trim to complete the package.

Stay tuned to OVERDRIVE for continuous coverage of this race weekend. The second and third round of the Volkswagen Ameo Cup 2018 will be held at the Madras Motor Race Track in July and August respectively, followed by the fourth round at Buddh International Circuit, Greater Noida in October.