The Idemitsu Honda Racing India team kept its good form from the previous round going in qualifying for Round 2 of the FIM Asia Road Racing Championship 2019 being held at the Bend Motorsport Park near Adelaide. The two riders, Rajiv Sethu and Senthil Kumar, are competing in the Asia Production 250 category. 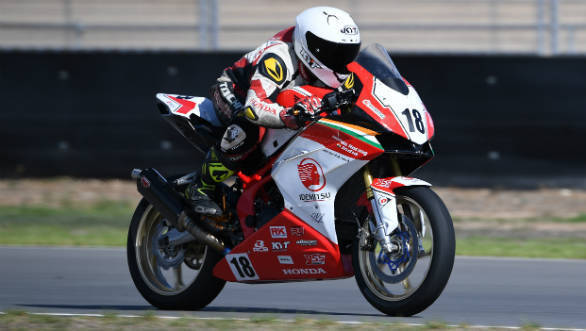 The early morning showers on the 4.95 km long circuit meant that rookie Kumar also got some good wet race experience under his belt.  He gained almost three seconds on his best practice time to put in a flying lap of 2m 13.876s. This puts him 8.412s behind the leader in 18th.

Given his time of 2m 8.626s, reigning AP 250 champion Andy Muhammad Fadly will start at the top of the grid for the race. Second and third spot will be taken up by Aiki Iyoshi and Muklada Sarapuech. 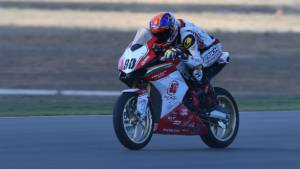 Rajiv Sethu said of his performance, "Bend is a complicated track. The many elevations coupled with strong winds make it unpredictable for riders. Last year, I could do only 5 laps as I suffered a crash in practice 3. This time, I had more laps on track and improved to qualify in 12th position  which is my best ever qualifying result. Tomorrow, my mantra will be to stay calm, understand the race in initial laps, then plan and push ahead. My goal is to break into the Top 10 for the first time in the 9 lap race tomorrow."