The 2019 Aston Martin V8 Vantage was recently spotted testing under heavy camouflage. But despite all the disguise, it's quite obvious that its design is heavily influenced by the Aston Martin DB10 we saw in James Bond Spectre movie in 2015. This can be seen in the thin headlights and taillights, the new grille and the sleek fastback-style rear-end. It carries forward Aston Martin's new design language which was first seen in production form, in the latest Aston Martin DB11 which was launched in India last year. The Aston Martin V8 Vantage is the brand's entry-level sportscar, and it looks smaller than the DB11. But that's not a bad thing, because the design looks well-proportioned and very sporty. 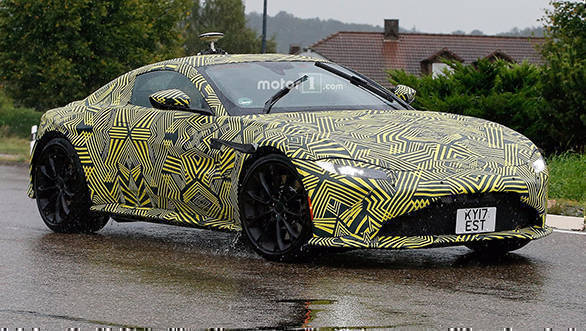 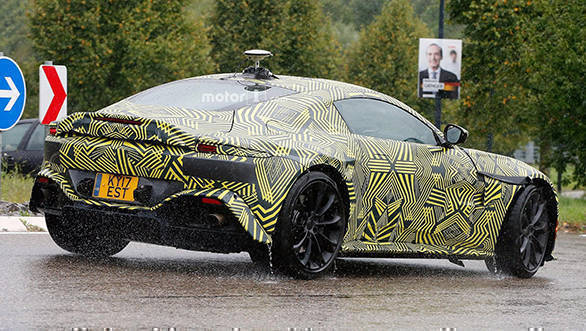 The 2019 Aston Martin V8 Vantage, in all likelihood, will benefit significantly from the brand's recent developments in aluminium architecture, used in the Aston Martin DB11. This means better torsional rigidity and significant weight loss over the current-gen Aston Martin V8 Vantage. It is expected to be powered by an AMG-sourced 4.0-litre twin-turbo V8. As far as power figures go, reports suggest it could be in the 500PS range, which is around 70PS more than the naturally-aspirated 4.7-litre V8 produces in the current-gen model. That means a top speed of around 300kmph and a 0-100kmph time of less than four seconds. Exciting times lay ahead!