The specifications and the details of the upcoming 2019 Bajaj Dominar 400 have been revealed. The changes that the motorcycle has gone through are cosmetic as well as mechanical in nature. 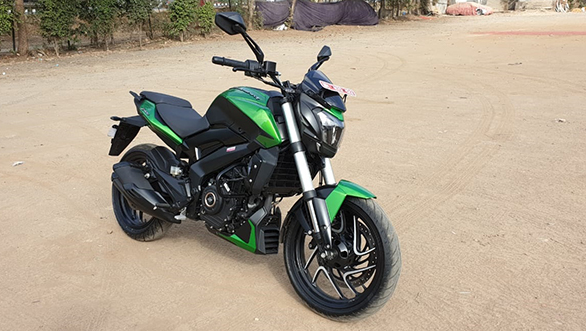 2019 Bajaj Dominar is available in the new green colour

The 2019 Bajaj Dominar 400 is now offered with a new green colour and the headlamp is restyled to visually look smaller. The motorcycle has a forged steel side stand and the rearview mirror stalks are cast aluminium too. The bike retains the same set of alloy wheels with a similar design as the early one. The 13-litre fuel tank now gets a freshly designed tank pad decal, and the pillion seat is embossed with a D logo suggesting the name Dominar 400. The taillamp elements have been tweaked, however, it retains the same design as its predecessor. 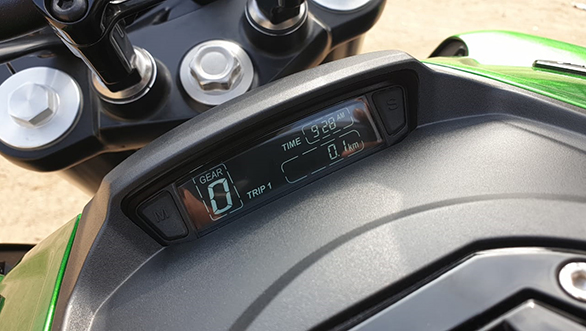 The secondary display is now LCD and shows gear position

Feature-wise, the motorcycle's secondary screen is now LCD and displays gear position and trip meter. The bike also features a dynamic fuel economy display and distance to service. The new Dominar 400 gets a twin barrel exhaust. 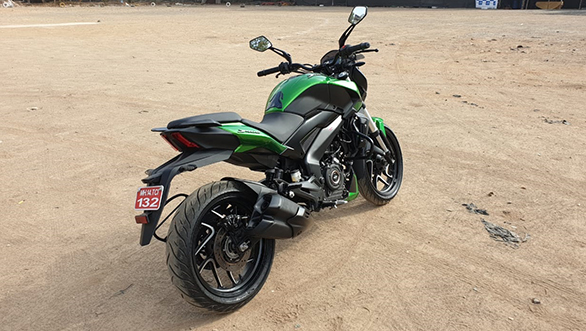 Mechanically, the bike retains the same 373.3cc liquid-cooled, single cylinder engine which is now tuned to deliver 5PS more and is mated to a six-speed transmission. The power figures for the new 2019 Bajaj Dominar 400 are 40PS and 35Nm of torque. The power to weight ratio of the new Dominar 400 is 217PS per ton. The front telescopic suspensions setup has been replaced by USD (upside down) forks, however, the rest of the cycle pars remain the same. The motorcycle has a 320mm disc up front and gets a 230mm disc at the rear. 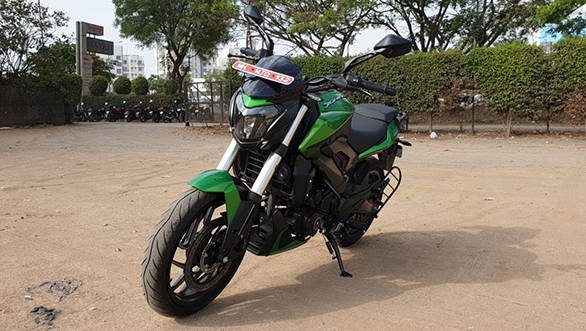 Stay tuned on OVERDRIVE for more updates as first ride of the2019 Bajaj Dominar 400 coming soon.