Ducati India has launched the 2019 Hypermotard 950 in India at Rs 11.99 lakh, ex-showroom. This new offering from Ducati is a successor of the Hypermotard 939 which was known for its unique styling. In fact, the 2019 Hypermotard 950, too, carries the same design but gets its own set of tweaks that has made it more appealing than before. Ducati had first showcased the motorcycle at the EICMA 2018 show where the Hypermotard 950 did get a lot of attention for its styling and updates. Ducati India dealerships across the country have already started accepting bookings while the deliveries are expected to begin shortly. 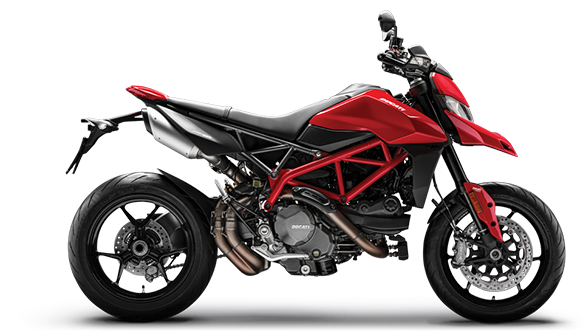 The 2019 Ducati Hypermotard 950 gets wider handlebars, slimmer sides and a new seat: the latter smooths movement during riding and ensures your feet can be placed firmly on the ground, thanks to an inner leg curve measurement that is now 53mm shorter. The frontal view - characterised by the 'beak', surmounted by compact headlight with DRLs offer better illumination in the Hypermotard 950, in addition to giving a familiar design to the previous-gen Hypermotard range. The 2019 Ducati Hypermotard 950 is 4kg lighter (the engine alone accounts for a 1.5kg saving) compared to the previous model. This has been achieved with the new frame made up of tubes of varying diameters, new rims, brake discs with aluminium flanges, lightweight Marzocchi forks with aluminium fork bodies/tubes. 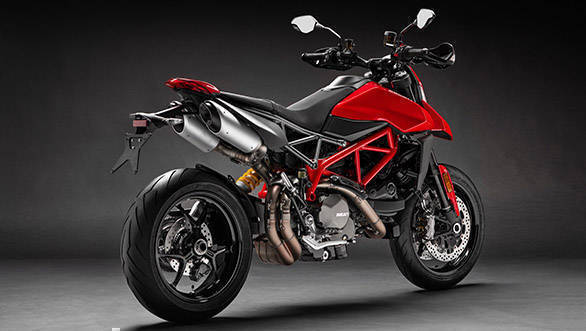 The 2019 Ducati Hypermotard comes with a Bosch six-axis Inertial Measurement Unit (6D IMU) to detect the bike's roll, yaw and pitch angles instantly. The electronics package includes Bosch Cornering ABS with the Slide by Brake function (with setting 1), Ducati Traction Control EVO (DTC EVO), Ducati Wheelie Control (DWC) EVO and Ducati Quick Shift (DQS) Up and Down EVO (as standard on the 950 SP version and available as an accessory on the 950). 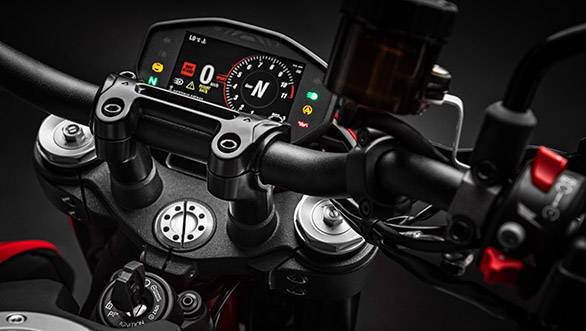 It comes  with a host of additions over the previous offering which includes more power and torque along with updated electronics. In terms of powertrain, Ducati has worked on the 37cc Testastretta 11 degree twin motor to make it produce 4PS more at 114PS while the torque rating stands at 95Nm. A majority of which is accessible from as low as 3,000rpm.