Jehan Daruvala ended the 2019 FIA Formula 3 Championship in third position overall after the season finale at Sochi. However, the final round of the championship didn't go quite according to plan for the Indian racer, who headed into the last round with a slim chance of taking home the title.

In the first race, Jehan finished fifth, which meant that the title already went to his teammate Robert Shwartzman. This also meant that Jehan still had the chance to fight for second place in the championship the following day. 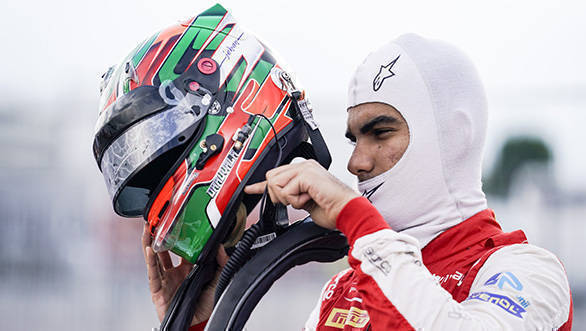 However, things came undone at the very beginning. Jehan's Prema F3 machine was unable to start during the formation lap. This meant that his fourth-place grid position was transformed, instead, into a pit-lane start.

Despite starting from the pitlane, Jehan drove well, steadily working his way up the order. He was also able to put in quick lap-times, similar to the ones the race leaders were posting. At one point, the Indian driver went off track because he'd been pushing so hard. This resulted in a five-second penalty, despite the fact he had given back the position he gained. 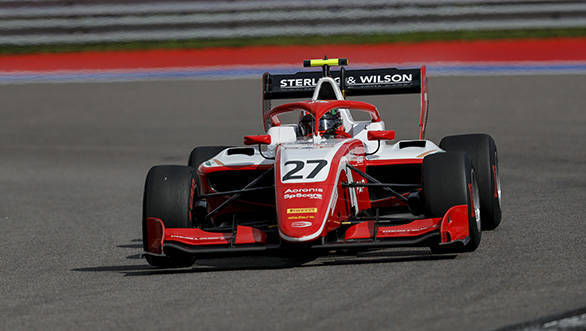 Midway through the race, Jehan was 20th on track. As the race progressed, he managed to make his way all the way to 12th position overall. Jehan now found that his tyres were well past their prime, but he still managed to overtake three more cars, ending ninth on track. However, that five-second penalty that he incurred earlier in the race led to him being classified 15th overall.

While Juri Vips won the race, Jehan's Prema Racing teammate Marcus Armstrong finished second. This, along with the fastest lap time, allowed him to move ahead of Jehan in the championship by a single point. 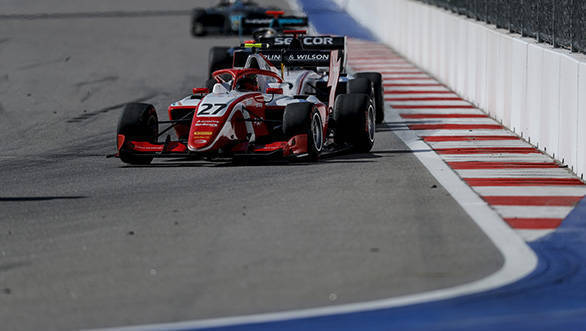 "What happened at the start is heart breaking. But I had to focus on the race. I just put my head down and drove an aggressive race. Starting 29th and from the pit lane and finishing 9th on track was good fun. Prema has given me a fantastic car all year. Its just unfortunate that in the last few races I have had a bit of bad luck with DRS issues, a brake issue yesterday and the pit lane start today. These are things beyond anyone's control. I am happy to have finished 3rd in the championship but disappointed at the same time with the technical issues I had in the last 2 weekends, but that is racing." said Jehan.

Over the course of the 2019 FIA F3 season, Jehan has always qualified within the top four, with the exception of the round in Hungary. Jehan has won two races - the reverse grid Race 2 at Barcelona and the feature race at Le Castellet. He has finished second thrice and finished third twice this season. Over the course of the season, he put up a valiant fight for the championship title.

In 2020, it is expected that Jehan will graduate to the FIA Formula 2 championship.