Mclaren's CEO, Mike Flewitt, announced their plans to build a new Grand Tourer at the 2019 Geneva Motor Show. Flewitt also confirmed that the new car will share its DNA with the 407 kmph Mclaren Speedtail. The new GT will be the fourth car under Mclaren's Track25 business plan.

According to Flewitt, the upcoming car will be comfortable and spacious at the same time will have the best power-to-weight ration in its class. "It will be a car that combines competition levels of performance with continent-crossing capability, wrapped in a beautiful lightweight body. It's a car that has been designed for distance and one that will also provide the comfort and space expected of a Grand Tourer. But with a level of agility never experienced before in this segment," he further added. 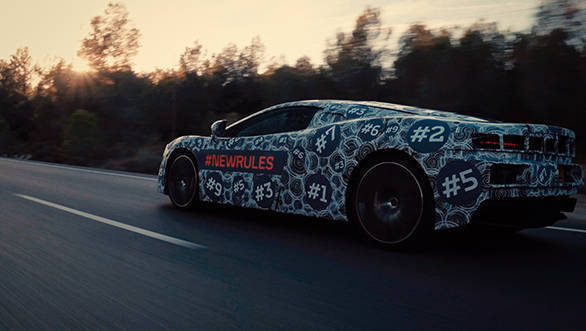 Flewitt went on to say that the McLaren of Grand Tourers will not form part of any of the company's existing model series and will be a unique, tailored model. Its name and more information are set to be released over the coming months.

Mclaren has teased the new GT in an image for the time being which features a heavy camouflage, however, the taillamp unit peaks out of the camouflage. The new Mclaren GT sports an aggressively styled diffuser and gets yellow painted brake callipers. The production avatar of the new GT is expected to break cover in a few months and will rival the Ferrari 812 Superfast.