Honda two-wheelers has launched its 2019 line-up of CBU motorcycles in India. This includes the 2019 Honda CB1000R+, Gold Wing Tour DCT, CBR1000RR Fireblade and CBR1000RR Fireblade SP. The Japanese motorcycle manufacturer has also confirmed that bookings for these models are now open at its Wing World outlets in Mumbai and Delhi. We believe now that the bookings have been initiated, the deliveries should take place sometime early next year. 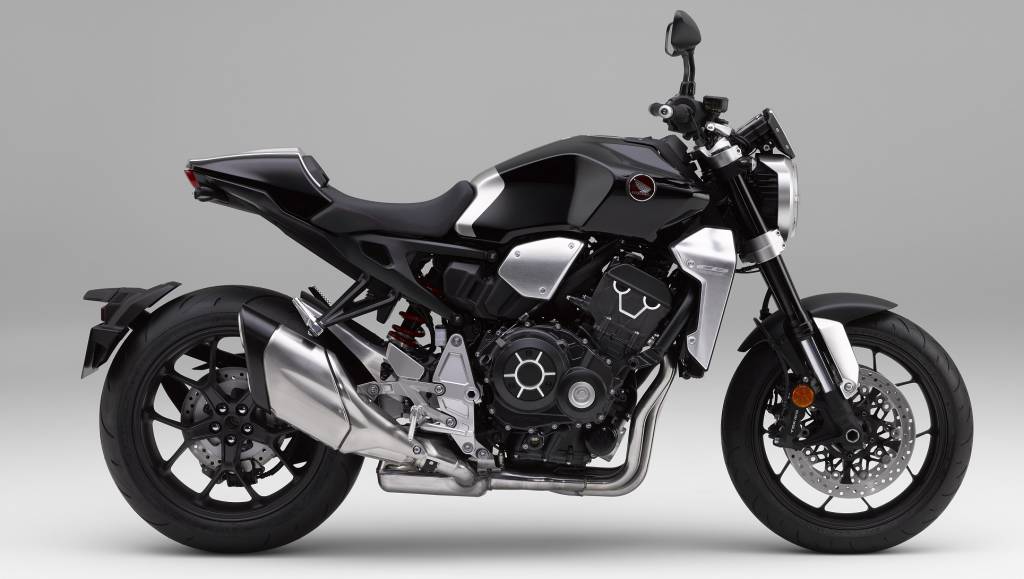 Honda had revealed the 2018 Honda CB1000R as its new litre-class naked at EICMA 2017. The new Honda CB1000R was showcased as the Honda Neo Sports Cafe at the Tokyo Motor Show 2017 last week. The understated styling is a throwback to Honda's CB-line bikes from the early 1990s. And we think the Honda CB1000R is appealing for exactly the same reason. It does not have the cutting-edge styling of the Yamaha MT-10 or the BMW S1000R, since Honda seems to be aiming for super-naked dominance by riding the popularity wave of traditional styling. The new Honda CB1000R shares the engine architecture with its superbike sibling, the Honda CBR1000RR. And the CB1000R upgrades go beyond skin-deep. Power is up from the 125PS on its predecessor to 145PS with torque raised to 104Nm from 98Nm. Honda mentions that  the new CB1000R+ is lighter than the outgoing design that has improved the power to weight ratio. Supporting the radical new look is a box section mono backbone steel frame, with Showa separate function front fork big piston USD Suspension up front and a Showa mono shock at the rear. Honda CB1000R+ will be available in Graphite Black color and priced at Rs. 14.46 lakh (Ex-showroom, Delhi). 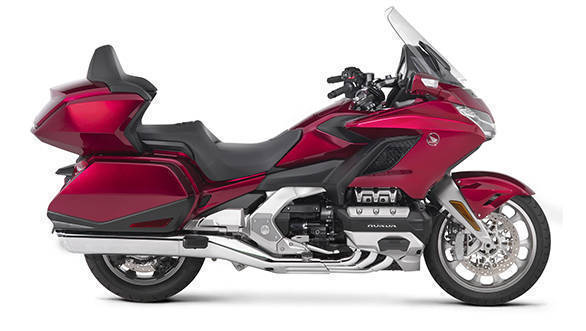 The 2019 Honda Gold Wing comes with an electric windscreen adjustable for angle and height, a trunk, and a full complement of touring-bike features.

The 2019 Honda Gold Wing comes with an electric windscreen adjustable for angle and height, a trunk, and a full complement of touring-bike features. Apple CarPlay integration and Anti-Lock Brakes (ABS) are now standard features.  The 1,833cc flat six-cylinder engine features 4-valves per cylinder and produces peak power of 126PS at 5,500rpm and generates a torque of 170Nm at 4,500rpm. It also gets Throttle by Wire with 4 rider modes (Tour, Sport, Econ and Rain) to alter the engine's character and power delivery. Honda Selectable Torque Control (HSTC) maintains rear wheel traction while the suspension damping and Combined Brake System (CBS) alter depending on mode selected. Honda Goldwing GL1800 DCT will be available in Candy Ardent Red color and has been priced at Rs. 27.79 lakh (Ex-showroom, Delhi). 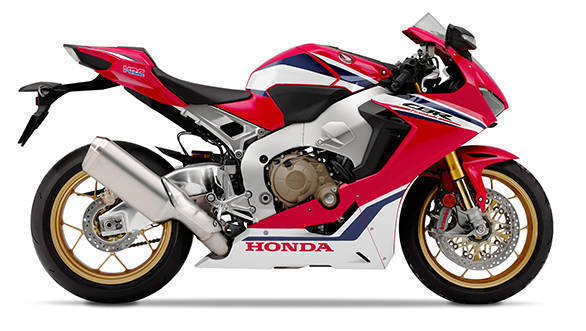 The latest edition of Honda CBR1000RR, Fireblade comes with Wheelie Control System. Honda mentions that apart from the newly introduced changes, Honda CBR1000RR focuses on handling and agility. At the heart of the 2019 Honda CBR1000RR Fireblade is a 1000cc in-line four-cylinder engine, producing 192PS at 13,000rpm and 114Nm at 11,000rpm output mated to six-speed transmission. All these parameters can be precisely adjusted with the Riding Mode Select System (RMSS), Fireblade uses a full-color TFT liquid crystal dash to clearly communicate information to the rider, inspired by the RC213V-S street legal version of Honda's MotoGP machine. The Fireblade SP additionally gets semi-active Ohlins Electronic Control (S-EC) suspension at the front and rear (43mm NIX30 inverted forks up front and a TTX36 monoshock round the back), a quick shifter and downshift assist. The new Honda CBR1000RR Fireblade comes in 2 colors, i.e. Grand Prix Red and Matt Ballistic Black Metallic. CBR 1000RR Fireblade is attractively priced at Rs. 16.43 lakh (Ex-showroom Delhi) and CBR 1000RR Fireblade SP is priced at Rs. 19.28 lakh (Ex-showroom, Delhi). 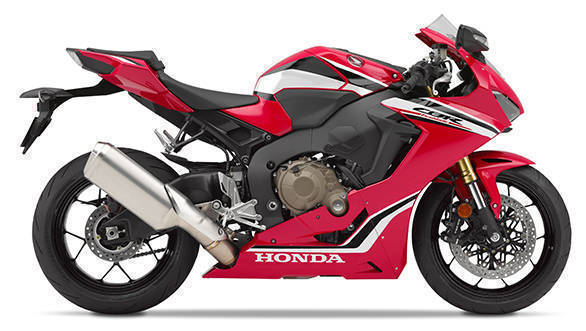