Audi has shown the second model in its all-electric line-up at the ongoing 2019 LA Motor Show. The Audi e-tron Sportback is a sportier take on the e-tron EV SUV that is expected to debut in India soon. However, the German carmaker has made quite a few technological improvements to help the Sportback takes things forward from its more mainstream cousin. 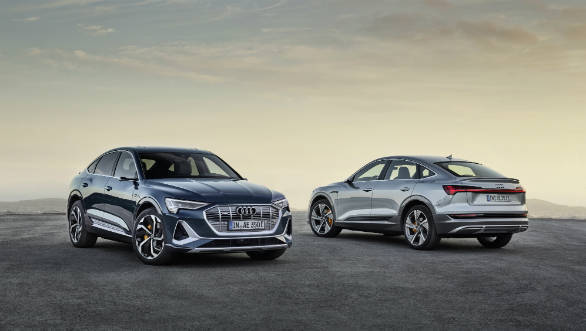 The Sportback's biggest change visually is the new coupe-SUV look aft of the C-pillar, the roof now slopes down heavily and ends in a high-set notchback bootlid, which also houses a prominent spoiler. The rest of the bodywork has also seen changes by way of the sharper glass area, the more prominent body-cladding below and subtly changed bodywork. In front, the Sportback gets wider, slimmer headlamps, a bigger grille and more aggressive bumper with larger inserts. This new design also improves aero efficiency to 0.25 Cd from the e-tron's 0.27 Cd, which Audi claims will add 10km of range. 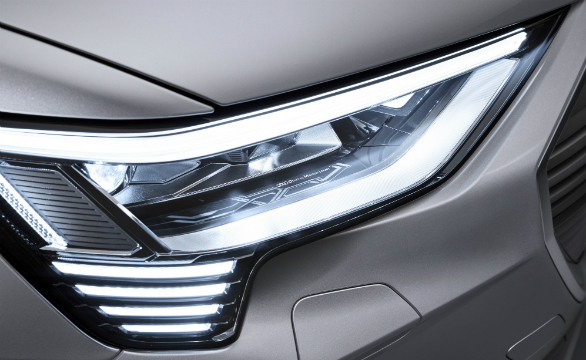 The headlamps also debut the digital matrix LED lighting technology for the brand. The lights use a tech called a digital micromirror device. This uses a small chip containing one million micromirrors, each no longer than one-hundredth of a mm. Each of these mirrors can be tilted 5,000 times a second, which allows the LED light to be either projected onto the lens or directed inwards. This allows the lights to be immensely flexible. The low-beam light can now be changed for optimum use in cornering, city, and highway conditions. Further, a lane lighting option can adjust lighting according to the driver's lane. It can also dynamically adjust the high-beam with more accuracy to protect oncoming drivers. 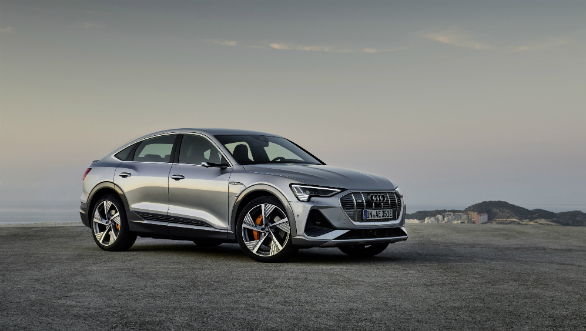 Changes have been made to the e-tron's EV architecture for the Sportback. It uses the same basic architecture and battery pack but the range has improved by 46km to 446km. This is due to the 95kWh battery being more energy-dense, the ability of the front motor to be decoupled from the system during normal usage, improved braking efficiency and the aero-upgrades already mentioned. The electric motors themselves remain unchanged from the e-tron as do the power outputs. In standard mode, in the top 55 Quattro version, there is 360PS and 561Nm available. This lets the Sportback get from 0 to 100kmph in 6.6s. The boost mode, available in 8s bursts, drops this time to 5.7s. Here the Sportback makes 208PS and 664Nm. Top speed is 200kmph. 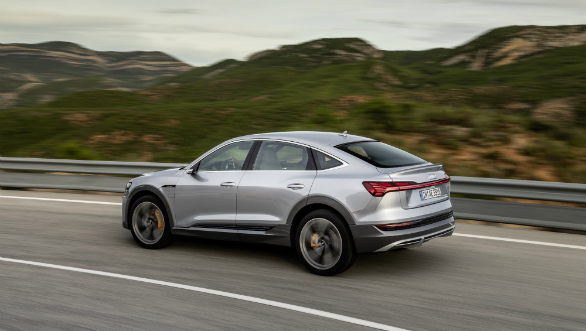 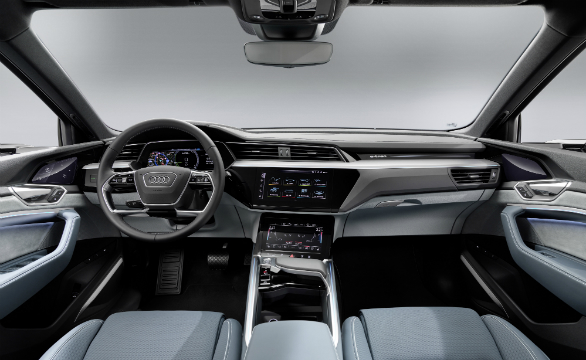 The interiors of the Sportback use the haptic feedback twin-screen layout from other Audis but has a few more prominent surfaces, different colours and a centre console that is angled towards the driver. The unique bits like the rear-view screens on the doors and the fully flat floor remain.

The Audi e-tron Sportback will go on sale in Europe by mid-2020, expect it to reach our market by the end of 2020.

Read our review of the e-tron here

Watch the video review below