Renault India will launch the facelifted Renault Duster SUV in India on July 8. The firm has been putting out teasers of the new SUV to build interest, and the latest one reveals a few more details about the Duster's second facelift. 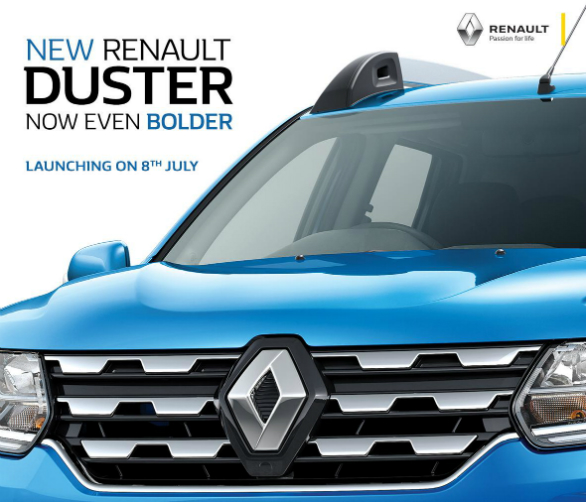 The newest picture shows the more contoured bonnet and the new grille clearly. Bits of the chrome inserts on the grille, the reworked headlamps and the new blue paint option were already shown in the previous teaser.

Other changes, as seen on earlier spy images, are new roof rails and alloy wheels. The front and rear bumpers, too, seem to have been reworked to be safer.

The Duster's interiors are expected to see some reworking as well. There could be new materials and trim, changes in the infotainment system, instrument cluster and a longer feature list. There will be better safety equipment too, like airbags, seatbelt remainders and speed warnings. 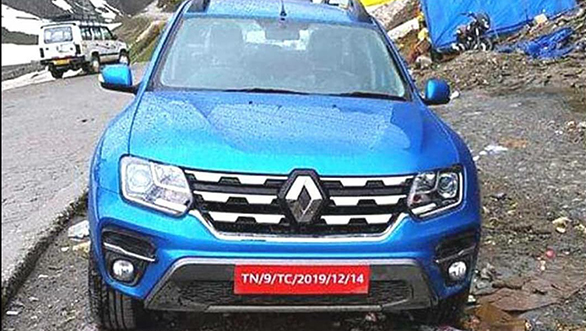 Renault has announced that it will move away from diesels once the BSVI norms become applicable in India. We expect the facelifted Duster to follow the trend set by the Triber and come with a petrol motor only. In this case, expect a BSVI compliant version of the 1.5-litre petrol making 106PS and 142Nm. A 5-speed manual and CVT is available with this motor.