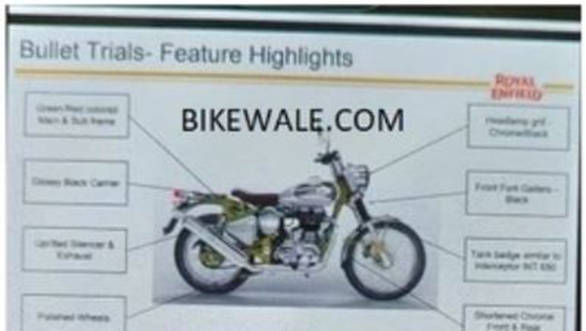 The headlamp gets a choice of chrome or matte black grille to offer protection while trail riding. Telescopic fork gaiters are offered to protect the front suspension unit. The front and rear mudguards are and are finished in chrome. The chassis and the subframe are painted in red and green. The exhaust is upswept to offer more clearance while trail riding. The fuel tank sports a company badge similar to the one seen on the elder siblings - the Interceptor 650 and the Continental 650. The Trials motorcycles feature a single seat with the pillion seat being swapped out for a luggage rack, off-road and compatible knobby tyres. 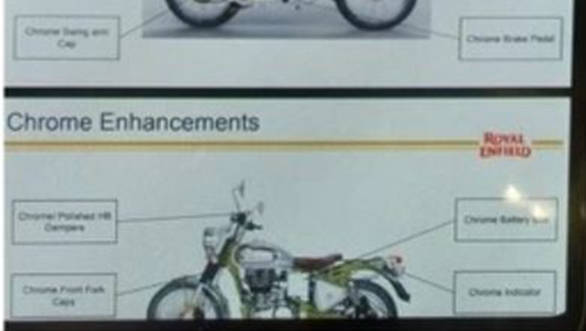 We believe the Trials 350 and 500 will be based on the same platform as the other Royal Enfields in the 350 and 500 range, however, it will be tweaked for more robustness. Mechanically, the suspensions will have more travel than the ones offered on its siblings and the cycle parts on the motorcycle should majorly be shared. The Trials 350 and Trials 500 will also feature dual-channel ABS as standard. The bike will be launched on March 26 and the pricing is likely to be around Rs 1.7 lakh and Rs 2.2 lakh, respectively. 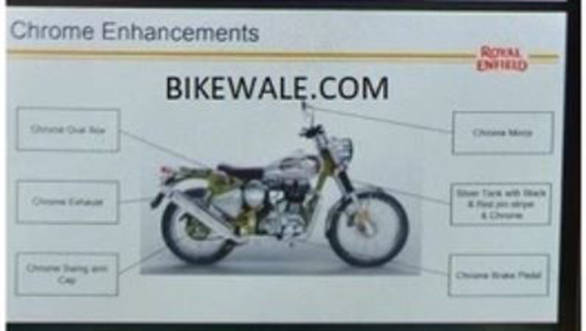