The next generation Volkswagen Polo and Vento will only debut after the first MQB-A0-IN product, an SUV debuts at the 2020 Auto Expo. This means that Volkswagen is working on another facelift for the two cars. 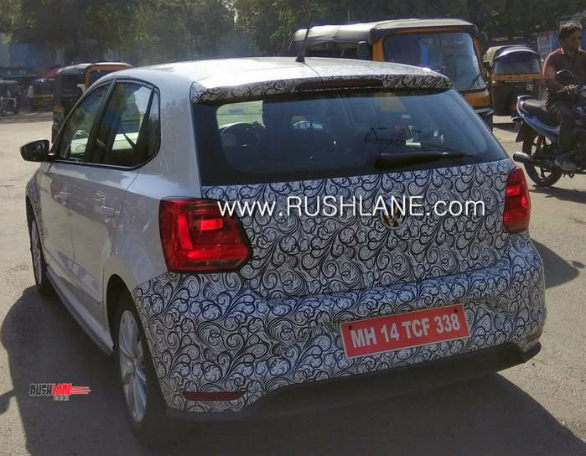 As these spy photos show, changes will be minor on the Polo. We expect new bumpers which will possibly be similar to the one seen on the Polo GT TSI. These look sportier with their grey inserts and slightly more prominent lips. The GT TSI's spoiler will aslo make its way down to lesser Polos. There may be minor improvements to the interior as well. Expected is a more advanced touchscreen infotainment and improved standard safety tech like speed warnings, passenger seatbelt reminders and so on.

The Polo will in all likelihood remain unchanged mechanically. The Polo is currently available with two petrol and one diesel option. The base petrol motor is a 1.0 litre, three cylinder unit with 76PS and 95 Nm. This is paired with a five-speed manual. The GT TSI gets a 1.2 litre four cylinder turbo petrol with 105PS and 175 Nm with a seven-speed dual-clutch. The diesel motor is a 1.5 litre unit available in two states of tune. This makes 90PS and 230 Nm in the standard car and 110PS and 250 Nm in the GT TDi.

The Polo sells well consistently, even though all of its rivals are newer. This update will hopefully keep the momentum going until the Skoda-led India 2.0 plan hits its stride in the coming years.