2020 Honda Hornet 2.0 launched in India: Everything to know

Japanese two-wheeler major has launched the Hornet 2.0 in India, priced at Rs. 1.26 lakh, ex-showroom. The name does sound familiar as Honda had launched the first-gen CB Hornet in 2016, which was a 160cc motorcycle, known for its premium design and an attractive pricing back then. The Honda Hornet 2.0 is a successor to the Hornet but comes with a larger engine to tap in the now popular 180-200cc segment of motorcycles in the country. Scroll below to know everything about the Honda Hornet 2.0. 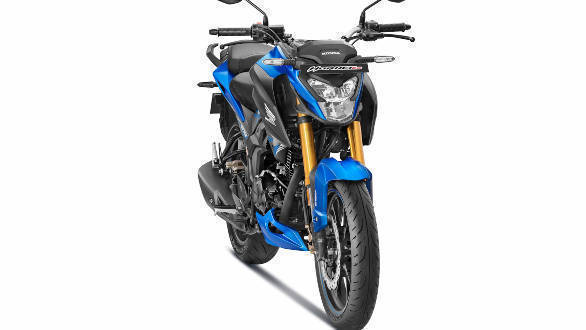 The most important bit about the Hornet 2.0 is its engine - single-cylinder 184cc unit that puts out 17.26PS of power at 8,500rpm and generates 16.1Nm at 6,000rpm mated to a 5-speed gearbox. The previous iteration of the Hornet was powered by a 162.71cc, single-cylinder, air-cooled engine that made 15.9PS at 8,500rpm and a peak torque of 14.76Nm at 6,500rpm. Honda Hornet 2.0's unit comes equipped with PGM-Fi, which as mentioned by the company, offers strong acceleration and quick response in all the speed conditions. 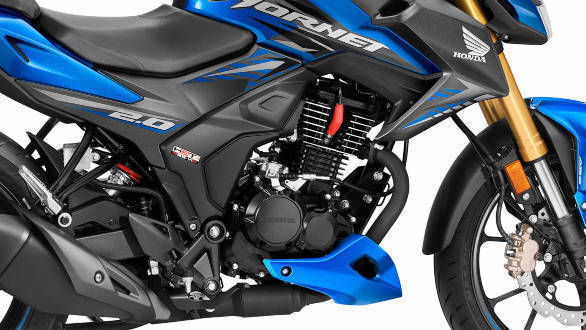 Honda had got it right with the CB Hornet 160R as it was one of the most athletically designed motorcycles in its segment. The Hornet 2.0 does share some resemblance when it comes to the overall silhouette with the 160R. The Hornet 2.0 comes with an LED lighting throughout, muscular 12L fuel tank with extensions, split seat, sculpted rear cowl, belly cover and stubby exhaust design. 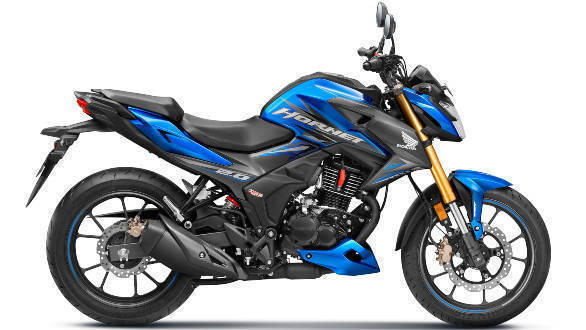 It might not be an exaggeration to say that the Hornet 2.0 comes with the most appealing design, which should be a hit among the youth. Further, it comes with golden upside-down forks and chunky 140/70R17 rear tyre along with 110/70R17 front tyre.  The colour options available on the Hornet 2.0 are Pearl Igneous Black, Matte Sangria Red Metallic, Matte Axis Grey Metallic and Matte Marvel Blue Metallic. 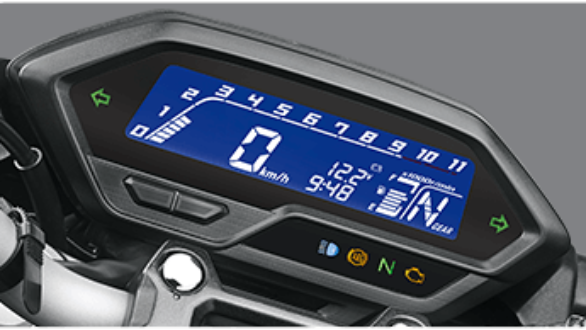 The Honda Hornet 2.0 comes with LCD instrument console that looks premium and also features a gear shift indicator, service-due indicator and battery info. Further, one can also adjust the brightness level of the instrumentation. The streetfighter also comes with hazard indicators and seal Chain which needs less frequent adjustments and low maintenance cost. Much like premium motorcycles, the Hornet 2.0 comes with a keyhole mounted on the fuel tank rather than near the instrumentation.

Underpinning the Honda Hornet 2.0 is a diamond frame with USD forks in the front and a monoshock in the rear. This frame is a said to be similar in construction as compared to the Honda CB Hornet 160R. Doing braking duties are 276 mm and 220mm disc brakes with single-channel ABS. Honda mentions that the kerb weight of the Hornet 2.0 is 142kg. 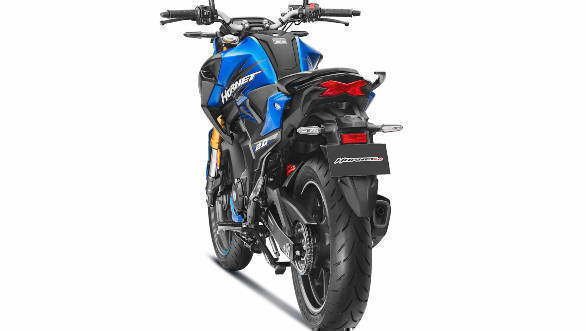 The Honda Hornet 2.0 is priced at Rs. 1.26 lakh ex-showroom Gurugram (Haryana) and comes with a segment-first 6-year warranty package, which includes 3 years standard and 3 years optional extended warranty package. With that price, the Honda Hornet 2.0 locks horns against the likes of the  TVS Apache RTR 200 4V and the Bajaj Pulsar NS 200, which are priced around Rs 1.30 lakh, ex-showroom.