Jaguar will unveil the facelifted Jaguar F-Type sportscar globally on December 2. A short teaser clip confirms this and also hint at the fact that the firm will attempt another headlining stunt with this reveal, as it has with some its previous such events. This is expected to be done in association with the toy-brand, Hot Wheels this time, with the new F-Type possibly attempting one of the stunts that the Hot Wheels track sets are so well known for. 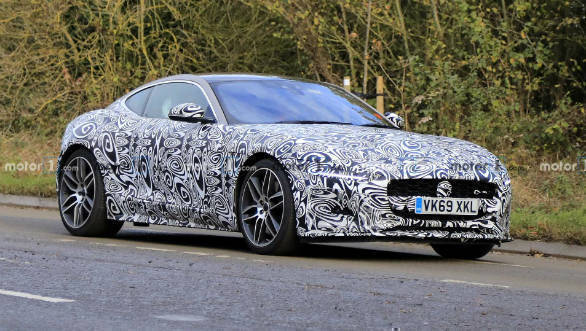 We've seen a few spy shots of the refreshed F-Type, some of them also undergoing high-speed runs on the Nurburging too. It looks like the sportscar might get a heavily revised front end, with a flatter, clamshell bonnet, a larger iteration of the squarish oval Jaguar grille and slim wide LED headlamps with the J-Blade LED signature incorporated into them. The glass-house and the heavily sloping rear-section remains but the rear should also get new taillamps and a reshaped bumper. The interiors are expected to be heavily revised with the rotary gear shifter being replaced by a more traditional unit. Further, we expect a new digital instrument cluster and the newest iteration of the Touch Pro Duo dual-screen infotainment system as seen on other JLR cars. Also, we think there be new trims and materials on the inside.

The biggest change mechanically is expected to be with the mid-spec six-cylinder models. The old supercharged V6 should be replaced with the new turbocharged in-line six-cylinder with the 48V mild-hybrid tech. This motor has already been seen on the new Range Rover with 400PS and 550Nm. The base 2.0-litre motor is expected to continue with its 300PS and 400Nm, as are the various iterations of the 5.0-litre supercharged V8, which makes up to 575PS and 700 Nm in the SVR. This should be paired with the eight-speed automatic, with available AWD. 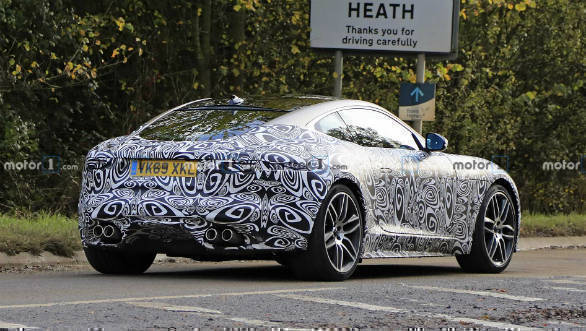 There is no word yet on when the new F-Type will come to India, but we think Jaguar land Rover India should get it here by the middle to the latter half of next year. We expect prices to increase by around 5 to 10 per cent from the current model's base Rs 90 lakh.