Kia Motors India will debut its second product for the Indian market, the Kia Carnival luxury MPV, at the 2020 Auto Expo. The bookings for the Carnival are expected to begin in January 2020. The luxury people-mover is being brought in as a CKD, production of which is set to begin around this time as well at the newly completed Anantapur facility. This is part of an aggressive product strategy from the brand, it will launch a new car every six to eight months in India. The Carnival will be followed by a sub-four-metre SUV. 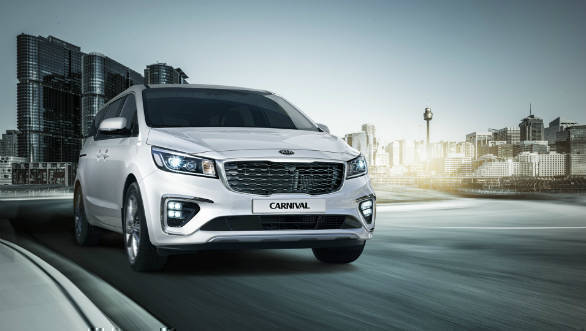 The Carnival is available internationally with a 3.3-litre V6 petrol which makes 206PS and 336Nm. But the Indian car is likely to get the other option, a 2.2-litre diesel motor that makes 200PS and 440Nm. This should come paired with an 8-speed automatic gearbox. This is a variation of the same motor that does duty in the Hyundai Santa Fe SUV in India. However, unlike other MPVs like the Toyota Innova and V-Class, the Carnival is front-wheel drive and comes with a monocoque construction. The Indian version should come fitted with a set of 235/65 R17 alloy wheels. Dimensionally, the Carnival is 1,755mm tall, 1,985mm wide and 5,115mm long. The wheelbase is 3,060mm. This means that the new Kia is larger than the Innova Crysta but smaller than the V-Class. 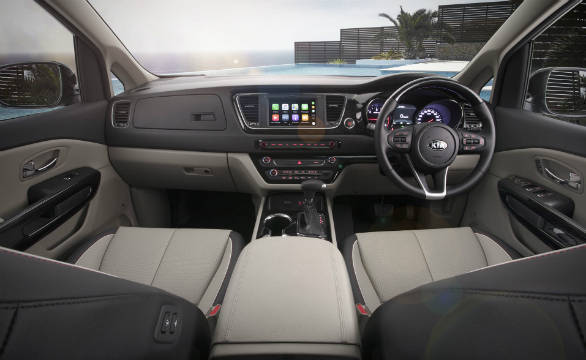 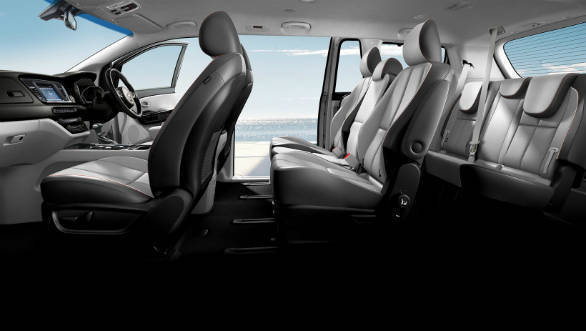 The Carnival comes quite well-equipped internationally and we don't think this will change when the MPV launches here, given its positioning as a luxury offering. Notable features are a dual sunroof, a three-zone climate control, power-adjustable driver seats, heated and cooled seats for the first row, a powered sliding door for the second row, powered tailgate, a seven-inch infotainment system with Android Auto/Apple CarPlay, a seven-inch digital MID, wireless charging, sunblinds for all three rows, rear-parking camera hill-descent control and, front, side and curtain airbags. Internationally, the Carnival comes in seven, eight or 11-seater options. The first two are expected to come here. We also think a high-spec six-seater version may also be available with six individual chairs, a rear-seat infotainment package, more powered seats, etc. 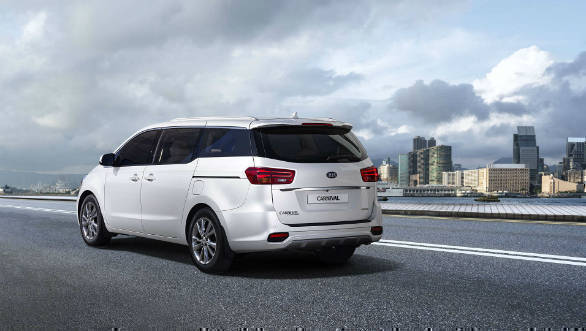 The Carnival MPV is being brought in as a CKD, the idea being to use this to establish Kia as a high-end brand in India. The company is expected to price the Carnival above the Toyota Innova Crysta, effectively creating a new segment along with the upcoming Toyota Vellfire. We think prices should start at around Rs 25 lakh, ex-showroom.