Polestar, Volvo's performance arm which went all-electric sometime ago, has just teased its second offering, the Polestar 2. The company states that this model will be smaller than the Polestar 1 and will rival the Tesla Model 3.

The teaser image doesn't reveal much other than a heavily raked fastback shape. We expect the 2 to be fully electric and have four doors. Like the 1, the design theme should be an extension of the Volvo design philosophy but sharper and more futuristic. 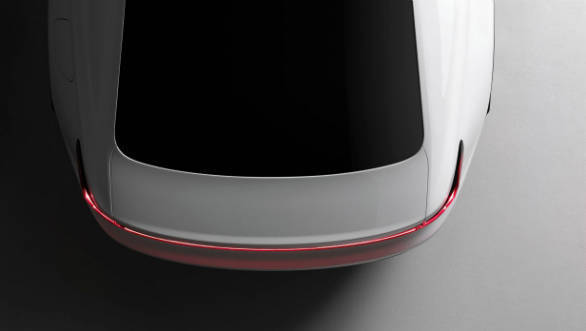 Although the specifications haven't been finalised, the Polestar 2 will approximately make 406PS and do 480 kms on a full charge. The car will also feature Volvo's new infotainment system co-developed with Google. This system will be Android based and incorporate Google Assistant into the car's functions.

Prices are expected to be in line with that of the Model 3. This should be around the Rs 45 lakh mark before taxes and duties. Further, the 2 will be available via a more high-end version of the Care by Volvo subscription plan.

The Polestar 2 will enter production soon after the Polestar 1 launches by the end of 2019. We Polestar 1 seems like a fresh take on the idea of a sportscar with its off-beat styling and new-age powertrain. This should definitely bode well for the Polestar 2.