The last few pieces (limited edition) of the 2020 Suzuki Hayabusa have been launched in India for the price of Rs 13.47 lakh ex-showroom Delhi. However, the motorcycles on sale are the BSIV models and the superbike still does not meet the stringent emission norms that will be regulated in the country from April 1, 2020.

For MY20, The Hayabusa now gets two new colour option - Metallic Thunder Gray and Candy Daring Red. The new paint schemes are complimented by new graphics. Mechanically the motorcycle largely remains the same but gets new braking setup in the front. The radially mounted Brembo callipers grab on the twin 310mm rotors mounted on the front wheel.

The engine is the same 1340cc in-line four motor that puts out 200PS of power at 9,500rpm and 155Nm of torque at 7,200rpm. The engine is mated to a six-speed transmission. The motorcycle continues to get different riding modes along with a dual-channel ABS to aid the rider. 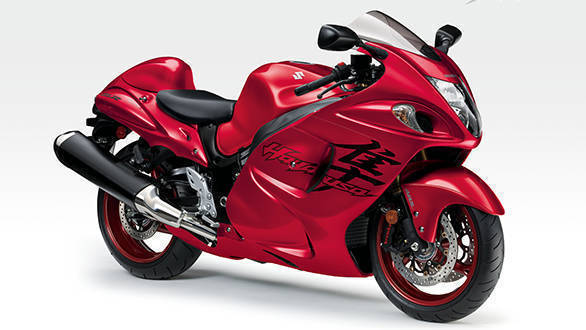 This possibly could be the last Suzuki Hayabusa to be on sale as the company hasn't disclosed its plans to update the superbike to meet the BSVI emission norms. That said if rumours are to be believed, the Japanese manufacturer is working on a faster and a meaner successor to the Hayabusa which could break cover in the coming year.

Commenting on the renewed Hayabusa, Koichiro Hirao, Managing Director, Suzuki Motorcycle India Pvt Ltd. said, "Suzuki Hayabusa has been the most preferred choice of the bike enthusiasts around the world for more than two decades now. Suzuki Hayabusa stands for its sensational power, smooth ride and overwhelming presence across countries. It enjoys a huge fan base among the enthusiasts in India as well. Moreover, it was the first one to become 'Made-in-India' big-bike from Suzuki Motorcycle India. Yet again, we are excited to offer the 2020 edition of the legendary Hayabusa."