2021 Mercedes-Benz S-Class debuts: Everything you need to know

There are luxury flagships and then there is the Mercedes-Benz S-Class. Since Mercedes-Benz, and consequently the automobile, has existed there has been a top-tier luxury offering from the brand that has eventually evolved into what we know as the S-Class. The 'S-Class' designation has existed since 1972 and a direct lineage can be drawn from the Model 220 (W 187) of 1951. The new S-Class, designated W223, is the eighth generation of this line. 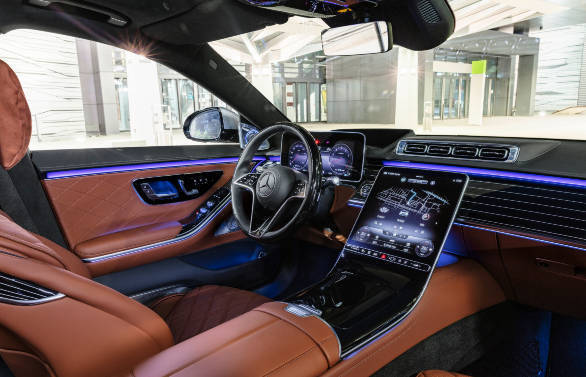 The S-Class is seen with such reverence for being a preview into what the common man can expect in their garage in the future. And Mercedes promises it is no different with this car, calling it the most technologically advanced car it makes right now. The features list seems to back this claim. The big highlight is the new second-gen MBUX system. The voice assistant can now be controlled through five screens within the car, highlighted by the massive vertically stacked central display. The driver's display now features real 3D-effect, while the HUD incorporating augmented reality into functions like navigation. Through cameras on the headlining, the gesture command function has been expanded to offer even more convenience like operating the sunroof. The 'Hey Mercedes' assistant is more intelligent and can even be operated by rear-seat passengers. All of these are function can also be updated over time thanks to the S-Class' ability to now take OTA updates. 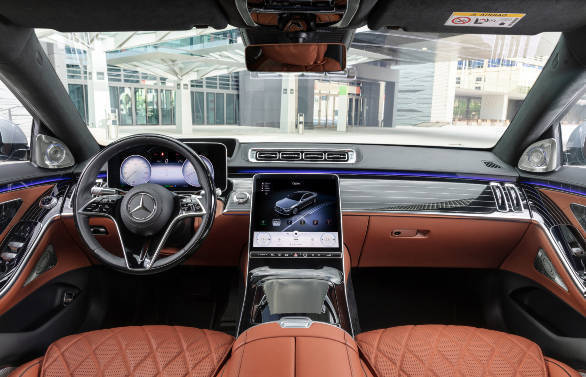 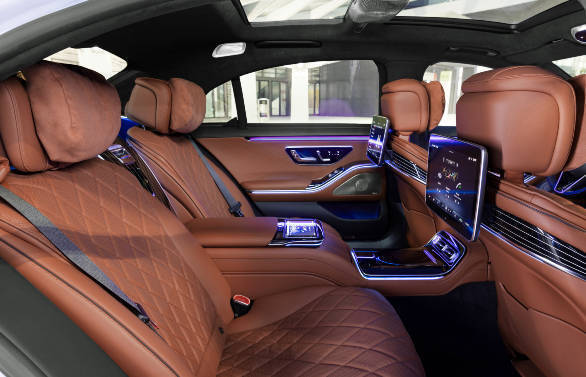 Of course, the place to be in the S-Class is the interior and Mercedes-Benz seems to have focused on this area the most with this update. Like earlier, there are two wheelbase options on offer. The SWB version is 5,179mm long, 1954 mm wide and 1,503mm tall. The LWB is 110mm longer, all in its 3,216mm wheelbase. The wheelbase itself has grown 71mm in the SWB and 51mm in the LWB over the previous car. The S-Class sits wider and squatter with wider tracks but lowered height.

This space is filled with an interior that is a massive departure from anything seen on the S-Class before. Drawing inspiration from architectural styles and yachts, the highlights here are the various floating elements like the centre console, the squarish central airvents and the driver's display. Another trait is the chamfered dash face which wraps around the cabin with swathes of open-pore veneer, split with metallic segments. There are five different seat options to choose from, with varying focus on comfort or functionality. These come with up to 10 massaging options and the improved energizing programs now extend to the rear seats as well, with built-in seat vibrations and feelable bass tones from the Burmester audio. Even the rear headrests are now heated. The S-Class now gets frontal rear airbags, a first, and an active interior ambient lighting system that works in conjunction with the climate control and driver alert systems. 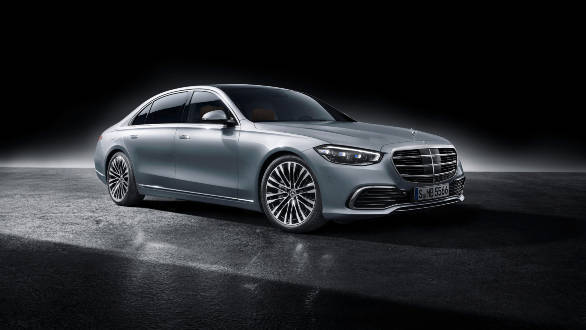 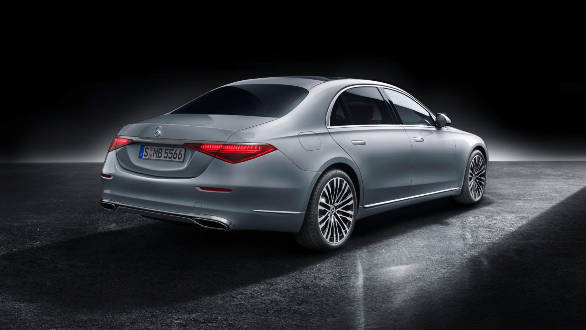 The S-Class' exterior changes are evolutionary. The new aluminium hybrid bodyshell carries more pronounced lines and shapes than before but the effect is still one of understated luxury. More attention-grabbing is the large grille, the slim wide headlamps and the tapering taillights. The flush door handles and the swept-up boot lid are other attractive touches. The S-Class now features the latest in LED lighting tech. This uses micro-mirrors lit by the LED to project light on to pedestrians and objects as warnings. It can even project symbols onto the road-surface to warn of obstacles.

The new S-Class continues with an adapted version of the brand's Modular Rear-wheel drive Architecture, and can consequently fit its current crop of engines. Debuting with the S-Class are the familiar M 256 MHEV inline-six turbo-petrol and the OM 656 inline-six diesel, both 3.0-litre units.  The petrol is available in its S 450(367PS/500 Nm) and S 500(435PS/520 Nm) versions. The EQ Boost 48V starter-generator adds 22PS/250 Nm to both. The diesel is available in its S 350 d(286PS/600 Nm) and S 400 d(330PS/700 Nm) versions. All engines pair with a nine-speed torque-converter and AWD options are available on all but the S 350 d. An MHEV V8 will soon be added to the line-up, followed by a PHEV with 100 km of electric-only range in 2021. Eventually, more potent engines will make there way into the upcoming AMG and Maybach iterations. 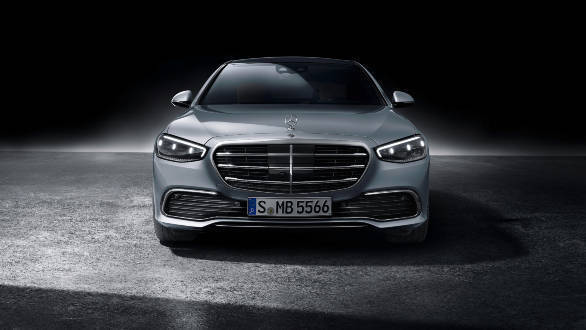 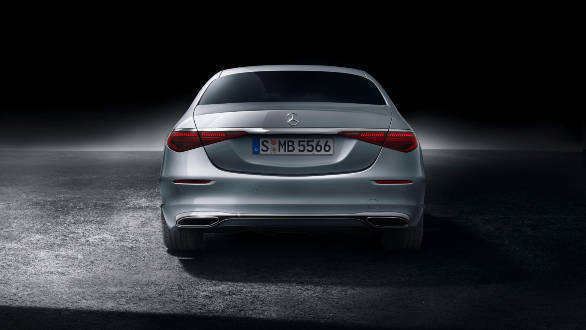 The S-Class will also be available with rear-wheel-steer, which Mercedes claims reduces the turning circle by 2m. Air-suspension is standard and the E-Active Body Control active suspension system is also available. It now incorporates a new function through the safety systems by which it raises the body by 80mm when the system senses an impending side impact. Come 2021, the S-Class will also be able to be classified as a Level 3 autonomous vehicle. This means minimal driver interaction even in crowded urban areas. Further, the sedan now features a remote self-parking function.

Aside from the rich heritage that goes with the name, the S-Class has also been a massive sales success. Over 40 lakh S-Classes have been sold since 1951, the current generation accounting for 5 lakh of those. Even with an unrelated EQ S electric version coming, the fact that the Mercedes-Benz brand is centred around this car cannot be diminished. These deep and fundamental changes for this generation are no surprise then. In India, we expect to see the S-Class in the latter half of 2021 in LWB guise.