The new Volvo XC90 is expected to be launched globally in 2021 and is expected to feature level four autonomous driving capability. Autonomous driving levels range from 0 to five with five denoting fully-autonomous system where the vehicle's performance is equal to that of a human being, in every driving scenario, including off-road driving. Level four is a step below where the vehicle is designed to perform all critical driving functions and monitor road conditions during the entire trip. 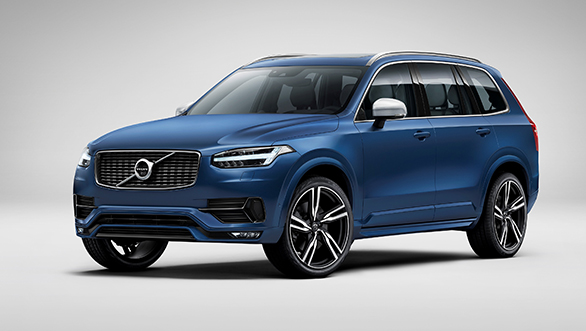 In a nutshell, the system does not need driver intervention to perform emergency actions. The Volvo XC90 will be the first vehicle in the company's portfolio to feature this technology and will be eventually introduced in other models later on.

Volvo is also working on a new Highway Assist feature that functions on select mapped routes. The system uses could based information which makes it unnecessary to rely on vehicle-to-infrastructure communication system. This makes relaying information quicker and independent of a dedicated infrastructure.

There are also reports that Volvo is working with cab sharing aggregator, Uber to work on complex technologies for future models. For all you know, your future Uber car may be driverless!

Volvo has been spearheading technological innovations and is renowned over the world for making some of the safest cars in the world. In India, Volvo offers cars with IntelliSafe, a radar-guided safety system that scans the road ahead and applies the brakes automatically in case the driver fails to recognize or react to an imminent collision.

When it comes to autonomous technology, however, Tesla Motors seems to have a significant lead with its autonomous cars.