Performance enthusiasts in India can rejoice as Skoda has confirmed bringing back the Octavia RS in India. Skoda has launched the new-gen Octavia RS in India in 2017 where a batch of 300 units were initially imported from the company's plant in Czech Republic. But then due to the increasing popularity, Skoda further imported 200 units making it a total of 500. And all 500 units were sold out last year. The company has got an allocation of 200 units for India, which we believe will be unveiled this month but launched in early 2020.  The current-gen Skoda Octavia RS was launched in India at Rs 24.62 lakh (ex-showroom, pan India), which is expected to cross Rs 30 lakh when launched next year. 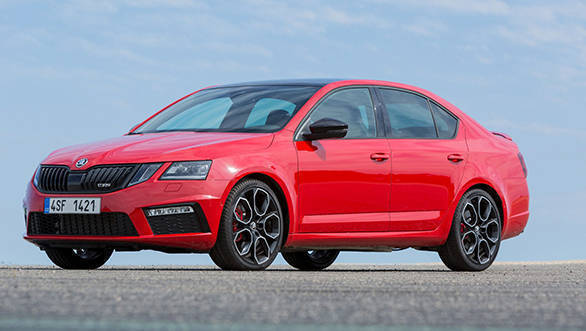 The bigger news is that Skoda is bringing the Euro-spec Octavia RS that makes 245PS, up from the 230PS of the previous model. The RS245 engine is a 2-litre TSI generates 370Nm of torque. This engine is mated to a 7-speed direct-shift transmission. Skoda claims that the Octavia RS can do 0 to 100 kmph in 6.6 seconds and has a maximum speed of 250kmph. Visually, the Skoda Octavia RS features new 17-inch wheels and a more aggressive body kit with blacked-out trims, new bumpers, steel tip exhausts and a small spoiler. Inside, the car gets RS branding on the seats and contrast stitching, and a sportier steering wheel with paddle shifters. 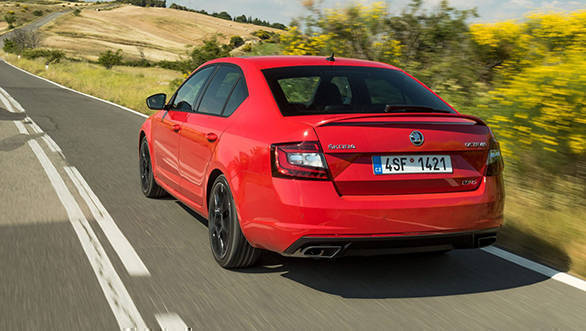 The rest of interior is the same with features like a 9.2-inch touchscreen that supports Apple CarPlay, Android Auto, and Mirrorlink. Skoda has also added a limited slip differential. On the safety front, the car is equipped with nine airbags, ESP and features like Predictive Pedestrian Protection, Adaptive Cruise control, Blind Spot Detection, Trailer Assist and Dynamic Chassis Control.