Ahead of its Beijing Auto Show 2014 unveil, Volkswagen has released sketches of the Golf R400 four-wheel drive concept. The Golf R400 concept's engine has a rise in power to 400PS from the Golf R hatchback's 300PS. This and a DSG-gearbox, Volkswagen claims enables the R400 0-100kmph a time of 3.9s, a second faster than the Golf R's timing. The Volkswagen Golf R400 concept claims a top speed of 280kmph. Along with extensive engine modifications, the R400 also gets bumper and body modifications, uprated wheels, flared wheelarches and interiors with motorsport shell seats which have integrated head restraints. 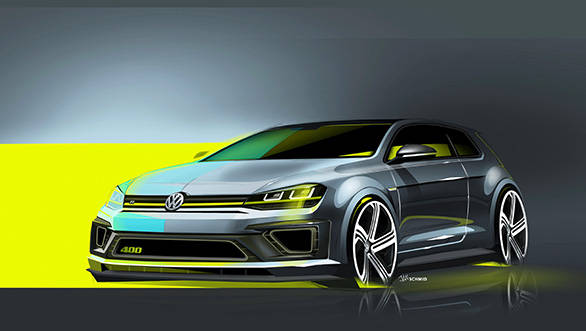 The concept suggest Golf R design cues with an horizontal stripe across the grille. The roof is done in gloss black while the door mirror caps are in carbon. Lemon yellow is the predominant colour with even the interior stitching being done in the same. 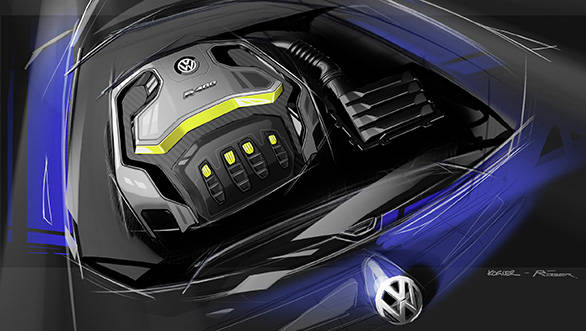 Before we jump the gun and say Yes! Yes! to this concept, Volkswagen clarifies that there are no production plans. Yet.