Land Rover's sportier sibling of its flagship luxury SUV Range Rover, the Range Rover Sport has been introduced in a HST variant. What makes it important is unlike the higher-spec 5L petrol models, that make use of V8, the Range Rover Sport HST comes with new 400PS/550Nm 3.0-liter inline-six cylinder petrol engine. Land Rover's V6 with a 3L was essentially based on the V8 that made it as heavy and also lower on efficiency. However, that concern has been addressed with the new inline-six that shares its architecture with the LR's new Ingenium range of powertrains. Additionally, Land Rover has also paired with mild hybrid technology making it produce an impressive power without compromising on the fuel efficiency. This update to the Range Rover Sport is in line with offering electrified option on all new Jaguar Land Rover models from 2020. 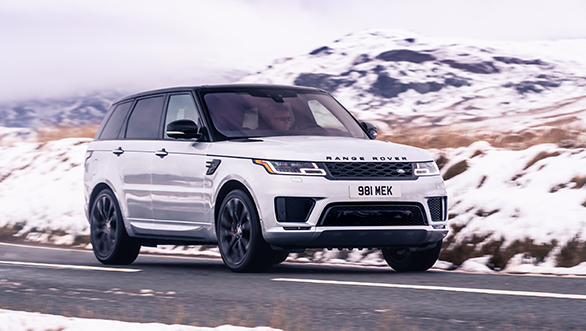 The company mentions that the design of the all-new six-cylinder engine optimises performance and fuel economy as well as reducing emissions. The new in-line six heart is supported by a twin-scroll turbocharger and Continuous Variable Valve Lift. Further, a new mild hybrid electric vehicle (MHEV) powertrain that is paired with the new engine is based on all-new start/stop system that switches off when stationary and connects the engine with an electric motor. This system makes use of the energy generated while decelerating and stores it in a 48V battery that can be brought into use through torque assist. The lower working load also helps reduce the CO2 emissions, claims LR. 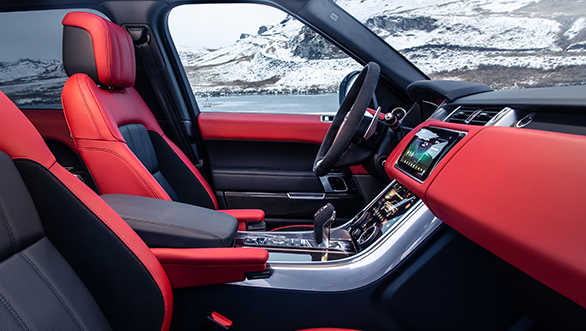 The all-new 3-litre in-line V6 has been designed and developed in-house by Jaguar Land Rover. It will be manufactured at the £1billion engine manufacturing centre in Wolverhampton, West Midlands, alongside the current four-cylinder petrol and diesel units that are used in other JLR models. The British car maker claims that the new engine is capable of reaching 100kmph in 6.2 seconds with a maximum speed of 225kmph. 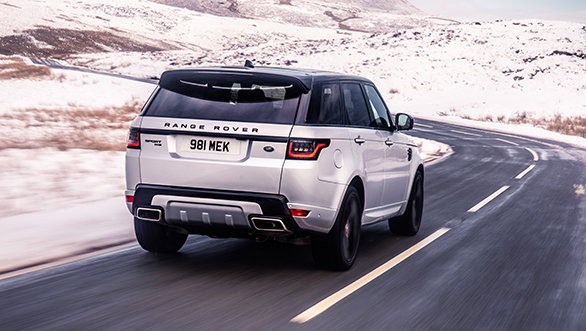 The Range Rover Sport HST also gets styling updates which includes bespoke badging and carbon fibre trim on the bonnet, front grille, side vents and tailgate. Land Rover will offer two alloy wheel designs and five exterior colours  Santorini Black, Fuji White, Indus Silver, Firenze Red and Carpathian Grey on the HST.  The cabin comes with 16-way Dynamic front seats with an updated colour pattern with suede cloth detailing on the steering wheel and gear lever, satin chrome gear shift paddles and an HST badged facia. The list of features that will be offered on this variant of the Range Rover Sport include  advanced cruise control with stop & go and steer assist alongside high speed emergency braking and also Terrain Response 2 off-road system.

The UK pricing of the Range Rover Sport HST start at £81,250 onward which makes it approximately Rs 74.07 lakh (excluding the import duty and taxes applied). We believe if Land Rover decides to bring the Range Rover HST to India, it could happen sometime in 2020.